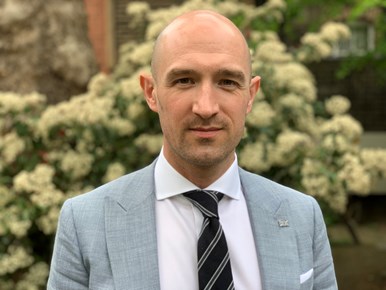 Members of the Leicestershire Police Federation Medical Scheme will get even greater benefits now that it has returned to the stewardship of Federation trustees, Secretary Jon Carter-Lang has said.

It took over two years of legal negotiations to get the scheme back in-house, which Jon said was “a great result for our members”.

Officers pay a monthly fee to join the Medical Scheme, which is a private medical insurance policy with preferential rates for the police. Members can self-refer for physiotherapy or counselling or be referred by their GP for other medical treatment and operations.

Jon said that now the scheme was back in the Federation, the new appointed Trustees aimed to add extra benefits for members.

He said: “The Medical Scheme was set up by Leicestershire Police Federation in the 1990s, but around 2015 it broke away from the Federation and the ethos behind it changed. So my predecessor started the process of getting it back, and we’ve just succeeded in doing so.

“It’s a really good scheme as it is, but we want to make it better and offer more value to officers. The new Trustees will decide how to take it forward, but we’re definitely going to improve it and offer additional benefits.”

Members’ monthly payments are dependent on age, but they start at just £21.20 a month for the youngest student officers.

Jon said: “If officers join in their first year of service, because they’ve just gone through a police medical they get instant membership, which is free for the first year. There’s no reason not to join up at that stage.”

If officers join up after their first year, there is an incentive of free membership for the first three months.

Jon said: “I’d encourage officers to sign up, as it’s not restricted to medical conditions that are connected to your job, and you don’t know what’s around the corner – you could need the benefits at any time.”

He added: “Thank you to the previous Trustees for looking after the Medical Scheme over the past few years, which we hope to build from strength to strength.”

For more information and to join the scheme, visit lpf-trusts.org.