Leicestershire Police Chief Constable speaks out against assaults on officers 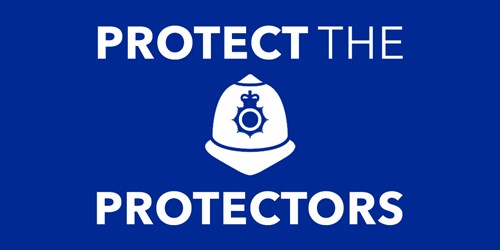 Leicestershire Police Chief Constable speaks out against assaults on officers

The Chief Constable of Leicestershire has spoken out against police assaults after it emerged that more than 100 attacks have already taken place against officers this year.

There were 691 assaults on police officers in Leicestershire in 2020, which was a 300% rise on 2018 figures, according to figures obtained by the BBC.

38 offenders spat on Leicestershire Police officers in the first three months of lockdown last year, compared with 20 in 2019.

CC Simon Cole told BBC Radio Leicester this morning (29 March): “The rise is due to a combination of factors; there are more assaults, we have got better at capturing them, like many forces we have 7-point plan around assaults on officers and staff to make sure that we support them, to make sure we investigate thoroughly - and then you have a new offence of assault on emergency worker which captures a wider set of offences than previously.

“Thankfully lots of these assaults are relatively minor but sadly some are pretty serious and that cannot be acceptable.”

Adam Commons, Chairman of Leicestershire Police Federation, said: “The number of assaults are a real concern for me. What we have seen in the last year during the Covid pandemic is a high number of people choosing to spit and cough in my colleagues faces, on top of the physical abuse that they suffer.

“Our Protect the Protectors campaign has brought incredible changes to sentencing powers. But we need the Courts to utilise those powers. If people know they could go to prison it will make them think twice before laying their hands, or anything else on my hardworking colleagues.”

Colleague Josh Williams, who was seriously injured following an assault in Loughborough in 2016, told the programme his leg was effectively snapped in two when he responded to a report of burglary in process.

He said: “Whilst trying to take the suspect out of the vehicle, he decided to drive off essentially taking me with him and causing significant injuries. My leg snapped in half; the bone came out of my leg.”

It took Josh two weeks to walk again, but it was 14 months before he could get back onto full duties. He had to spend 6 months doing physiotherapy before he had to have leg re-broken, which meant he had to start the process all over again.

He added: “I am very lucky in that I had a really good support network from the force and Flint House. Violence towards the police is not something that you should accept but it does happen regularly.”