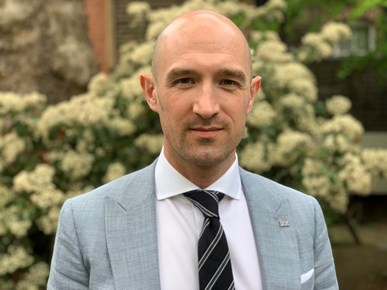 Freezing the pay of millions of public sector workers – including police officers - would be a betrayal of their hard work in the effort to combat Covid-19, Leicestershire Police Federation has said.

It has been widely reported today that the Government is considering announcing a public sector pay freeze in next week’s Spending Review to cover the UK’s deficit in the wake of the coronavirus lockdown.

It has been said that nurses and doctors will be exempt from the future pay freeze.

Jon Carter-Lang, Secretary of Leicestershire Police Federation, said: “It is a betrayal not to recognise the sacrifices the police service has made during the pandemic. Whilst not including the NHS in the pay freeze quite rightly recognises their work during the pandemic it is an insult to disregard the police in this respect.

“The police remain the service of last resort and have been pivotal in the public health response to the pandemic; without the tireless work of my members since March resulting in them working enforced extended shifts with additional overtime on top, having to put themselves and their families at increased risk with no choice but to interact with those infected by the virus by the very nature of their work in environments outside of their control.

“Frontline Police officers cannot work from home in order to protect themselves, the very nature of their work places them at the same if not greater risk to their health than our frontline colleagues in the NHS with the public using the threat of Covid infection as a weapon.

“This sacrifice seems to have been forgotten by the Chancellor who seeks to lump operational police officers into the same category as other public sector workers. This freeze will only compound the 18% real terms pay cut my members have endured since 2011.”

During the last recession, from 2011, public sector workers were subjected to a pay freeze and then a pay cap for a number of years.

This resulted in an 18% real-terms pay cut for hard working police officers.

Police Federation of England and Wales National Chairman John Apter said today: “During the pandemic, the Government has thanked and celebrated members of the public sector; to freeze their pay and penalise these same workers would be morally bankrupt, unforgivable and a betrayal.”

“Yes we’re in tough times, but this would be extremely damaging for those very key workers the Government has applauded over the past several months.

“After [nearly] a decade of public sector pay freezes/caps, this would be an unforgivable decision if it were to happen, the Government must stop and think before doing this.”

When questioned, the Treasury declined to comment on the reports but pointed to language used by Rishi Sunak in a letter about the Spending Review in July.

The letter outlined that in the "interest of fairness we must exercise restraint in future public sector pay awards, ensuring that across this year and the spending review period, public sector pay levels retain parity with the private sector".