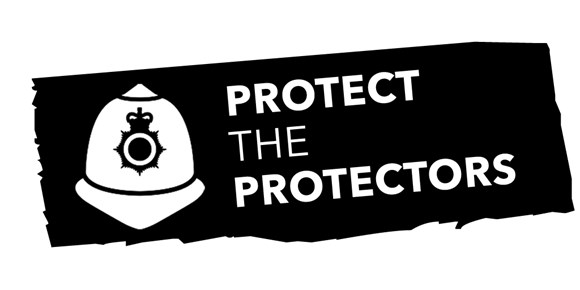 Leicestershire Police Federation is backing calls for a ‘zero tolerance’ approach to those who assault officers and other emergency service workers.

New police figures reveal assaults on emergency service workers have risen by a shocking 24 per cent in the four weeks to June 7th, primarily driven by a surge in COVID-19 spitting and coughing attacks and the recent protests across England and Wales.

She wants to see people who carry out assaults receive up to two years in prison for the crime, to ‘make these thugs think twice’.

That would double the sentencing powers the courts were given on the back of last year’s Protect the Protectors Bill.

“I am saddened that there has been an increase in officer assaults,” he said.

“Whilst Chair of Leicestershire Police Federation, I have remained operational and kept my feet on the ground, so I can say this with conviction, officers are doing a brilliant job, looking after the public with the increased risk because of Covid19.

“I recently saw a media picture of a Metropolitan Officer covered in blood after an assault.

“This is not part of the job, and I am pleased that political leaders are taking a zero-tolerance approach to such violence. But my plea is to those who are violent to officers too.

“They should remember that behind the uniform is someone who would save your life in the blink of an eye.”

It’s not fair on officers’ families to have their loved ones exposed to such a high risk of violence either he said.

“Just like our NHS colleagues, we go home to our families at the end of a shift, and of course families worry for us.

“But it’s not right that families have the extra worry that we may return home with injuries, or may even never return home.”

Home Secretary Ms Patel told The Telegraph that the violence being inflicted on officers over the past few months was ‘senseless and incredibly alarming’.

“An attack on one of our brave officers is an attack on us all,” she said.

“I have always been clear that anyone who assaults the people who run towards danger to keep the rest of us safe should expect to face the full force of the law.

“Last week, I spoke to officers who had been attacked in the line of duty to hear at first hand the devastating impact on them and their loved ones. Their accounts have only strengthened my resolve to step up the support for our police.

“The Justice Secretary and I are determined to get justice for emergency service workers who are assaulted while on the job, so in the next few weeks we will launch a consultation on doubling the maximum sentence for assaulting an emergency worker to make these thugs think twice.”