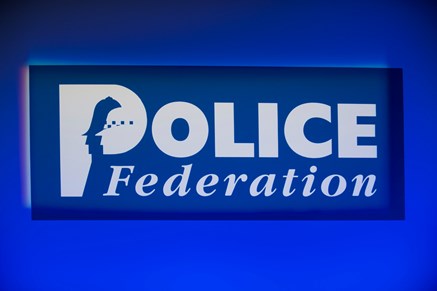 A number of members have approached us recently because they are confused by communications from organisations outside the PFEW relating to pensions. These communications relate to the recent pension discrimination cases and if a future outcome will result in a remedy for all or only for those who have begun a legal challenge. We feel it is necessary to clarify, in the interests of members.
We have seen statements from law firm Leigh Day during August 2019 that include:
’At this time, it remains unclear what the remedy will be and whether it will be applied retrospectively to all officers, or whether only those officers that have brought claims will be compensated for past discrimination’.
We have also been monitoring twitter posts that include the comments:
‘the bulk of any compensation package will be to your pension (uplift/reversion) and as such deferred until you retire’. (@copsagainst, 12 August 2019).
It is important to be clear about the terminology here, and not to confuse two different things.
With regard to the legal challenge relating to the discriminatory aspects of the scheme - taken through an employment tribunal and then beyond - there are two possible outcomes of a legal victory.
The first is a remedy. The second is compensation.
A remedy is likely to address the root cause of the discrimination and is aimed at getting members to a position where there is no discrimination. Compensation, by contrast, is a separate payment, likely to be paid to claimants for hurt feelings, or distress.
The government covers the issue of a remedy in the Treasury statement below. It indicates that such a remedy will be applied to all in the public sector schemes listed. That is, the schemes themselves will be changed and therefore all those who have been subject to discrimination will be subject to the remedy. The government sees this as being likely to be valued at around £4 billion. The remedy will apply to all, regardless of whether they have taken a personal or group legal case, or not.
Officers who signed up to the pension challenge may additionally get compensation. The amount of compensation is based on the degree of ‘injury’ that can be evidenced in accordance with the Vento scale (covered below.)
The compensation has not yet been valued and there is no certainty over how much it will amount to. It may, or may not, be adequate to pay for the costs those challenging will incur. Pension Challenge (Cops Against - @copsagainst) have indicated that they believe any compensation will be in the lower Vento band.
The Vento scale sets out the compensation that judges can award for discrimination. The values used would be those that apply when the case is laid, not when settled: that is, for police pensions the bands will be lower than currently published for 2019.

Vento Scale:
Lower band (for the least serious cases, e.g. a one-off or isolated incident of discrimination) – currently £900 - £8,600, but at the time the cases were taken, likely to be up to a maximum of around £7,000-£7,500
Middle band (which is used for serious cases that do not merit an award in the highest band) – currently £8,600 - £25,700
Top band (for the most serious cases, such as a lengthy campaign of discriminatory harassment) – currently up to £42,900
The PFEW position remains the same: it is, as yet, unclear as to how the remedy will be applied, but we believe it will apply to all. Anyone considering a claim must carefully consider the risk that the compensation may not cover their legal fees.

Treasury Statement (released 15 July 2019):
https://www.parliament.uk/business/publications/written-questions-answers-statements/written-statements/?page=1&max=20&house=commons%2clords&member=4097
The government is committed to providing public service pensions that are fair for public sector workers and for taxpayers. This is why we brought forward reforms in 2015, based on the recommendations of the Hutton report, to ensure that these pensions are sustainable in the future.
The courts have considered cases regarding the implementation of the 2015 reforms. On 27 June 2019 the Supreme Court denied the government permission to appeal the Court of Appeal’s judgment that transitional provisions introduced to the reformed judges and firefighters pension schemes in 2015 gave rise to unlawful age discrimination. The government respects the Court’s decision and will engage fully with the Employment Tribunal to agree how the discrimination will be remedied.
The ruling relates to the ‘transitional protection’ offered to some members when the reformed schemes were introduced. In order to ensure people close to retirement age were treated fairly, the government agreed to ‘transitional protection’, which broadly permitted those members who were closest to retirement at the time new pension schemes were introduced to remain members of their respective old schemes. The court has found that those too far away from retirement age to qualify for ‘transitional protection’ have been unfairly discriminated against.
As ‘transitional protection’ was offered to members of all the main public service pension schemes, the government believes that the difference in treatment will need to be remedied across all those schemes. This includes schemes for the NHS, civil service, local government, teachers, police, armed forces, judiciary and fire and rescue workers. Continuing to resist the full implications of the judgment in Court would only add to the uncertainty experienced by members.
The matter will be remitted to the Employment Tribunal in respect of the litigants in the firefighters and judicial pension schemes.
It will be for the Tribunal to determine a remedy. Alongside this process, government will be engaging with employer and member representatives, as well as the devolved administrations, to help inform our proposals to the Tribunal and in respect of the other public service pension schemes.
Initial estimates suggest remedying the discrimination will add around £4bn per annum to scheme liabilities from 2015.
The reasons for the 2015 reforms remain: that public service pensions are a significant cost for the taxpayer, now and in the future. The judgment does not alter the government’s commitment to ensuring that the cost of public service pensions are affordable for taxpayers and sustainable for the long term.

This statement has also been made in the House of Lords: HLWS1687