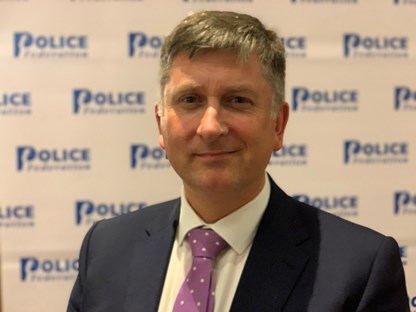 Leicestershire Police is “moving in the right direction” as it tries to fill the detectives gap, the Police Federation has said.

There are around 5,000 investigator roles lying empty around the country, and forces are taking measures to fix the problem, including Leicestershire where more officers are now preventing crime, according to Detective Inspector Simon Preston, a representative for Leicestershire Police Federation.

Simon said: “Because of the way we’ve set up our force and we’ve got Neighbourhood Investigation Units, I would say that the investigations get done because people get placed there. I think the problem is that we have far more serious incidents that need to be investigated by a PIP 2 investigator.

More officers need to be recruited to investigate more serious crime, like child sexual exploitation and modern slavery. But the force is getting officers back on the street, which helps, Simon said.

He added: “We’re increasing our general duty or neighbourhood police office capability. The more officers out there, the more preventing crime happening in the first place, can only be a good thing. If officers can actually spend some time at the jobs that they go to and deliver a service in the first instance, that will reduce work from the detectives. So I’m fully supportive of all of that.

“If investigation departments can get some extra number as well, or at least get ourselves up to the establishment that we feel that we need, then that’s got to be a good thing. But I think Leicestershire are moving in the right direction as far as that’s concerned.”

Pay, increased risk and pressure, and the stresses and strains of the job have been preventing people from wanting to join CID, Simon added. He was speaking at the Police Federation of England and Wales National Detectives' Forum (PFNDF) in Birmingham this week.