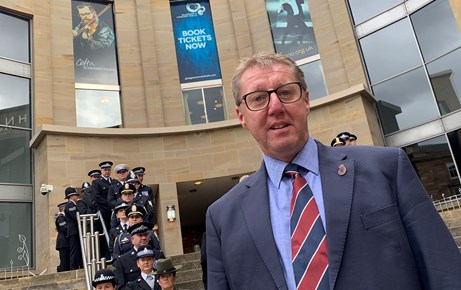 Police officers from across the UK have gathered to remember their fallen colleagues at the 16th annual National Police Memorial Day.

Leicestershire Police Federation Chairman Matt Robinson said he was honoured to pay tribute to colleagues who made the ultimate sacrifice on duty.

“It’s a great pleasure to get the chance to attend this event and pay tribute and remember our colleagues that are no longer with us,” he said.

“I have lost close friends in Leicestershire during my service and I will be taking a moment to remember them in particular.

“It’s important to have the support of HRH Prince of Wales as the patron. As I often remind people, as police officers we serve Her Majesty with pride each time we put on our uniform.”