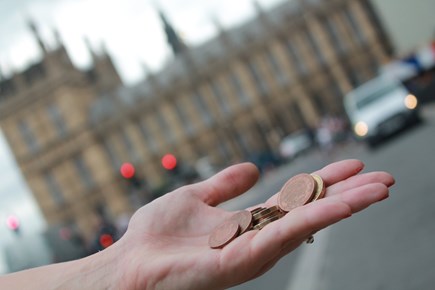 Chief Constables are ploughing ahead with plans for performance-related pay for police officers based on their ‘capability’ and ‘productivity’.

Chiefs are also considering moving from the current seven stages of PC pay as part of moves away from the traditions of omni-competent officers being paid for time served. Pay would now be based on four stages: Training, Foundation, Competent, Advanced.

There are fears about whether these moves will lead to officers chasing targets to ensure being appropriately remunerated and how police officer performance will be judged.

A three-month consultation period on the Chief’s proposals will start in October before any new pay structure plan is put forward by the National Police Chiefs’ Council to the Police Remuneration Review Body.

The plans emerged from a session led by CC Matt Jukes on pay and productivity at the Police Superintendents’ Association Conference.

The South Wales Chief and NPCC Lead on Pay and Conditions told delegates that the Treasury still believes police officer pay remains unreformed – despite the Winsor Reforms of 2011.

It is understood that there is a relationship between policing receiving extra money from the Government for more officers – the current well-publicised 20,000 officer uplift – and the service needing to look at reforming officer pay.

CC Jukes said: “The police officer pay bill is more than £6.5 billion a year… and is something in the region of 80% of the money [forces] spend.

“So, if the question around us is to maximise the potential of our service, then the way we reward and recognise the contribution of our people, not just through pay but in pay, is an absolutely critical tool.”

He said the ambition of the NPCC is to move away from a 10-20 year cycle of police pay reform to a pay structure which would “establish a meaningful cycle of ongoing evolution of pay and conditions to allow employers to use pay as a lever to achieve the best for and with our people”.

Factors such as increasing complexity in the workforce, new multiple entry points into the force, an existing gap between pay and productivity and the Treasury’s review of reforms, are all driving factors for the reform.

Ensuring officers with specialist skills are retained and rewarded, and stemming the annual drain of 7,000 officers each year from the service by incentivising them to stay, are also key blueprint components.

Productivity and capability performance will trump time served as pay reward factors in the plan, and benchmarking officers in these categories will be measured against what’s being called the ‘P-Factor’. This will assess anti-social working and officers’ exposure to risk and danger, while the new four-stage plan will take the level of officer training into consideration.

The new plan is sure to be a hard sell for the NPCC with officers, who have suffered years of miserly, austerity-driven pay awards.

One PC, who asked not to be named, said the plans would cause ‘carnage’.

“How do they determine productivity?” they said.

“If they are talking about bringing back targets for individuals then that’s a return to the bad days, and we’ll lose even more public support; they will say ‘you’re only locking me up to get your pay!

“It’s the same with capability. Half the time, people can’t get courses to allow them to be more capable, so how does that work?

“I’m not looking forward to the carnage this brings.”

Any change would be brought in over a ‘transitional’ period, CC Jukes said, but if the plans are adopted and approved the new pay structure is likely to be in place for the start of the 2021 financial year.