#ProtectTheProtectors: Federation Chair calls for tougher sentences for those who weaponise Covid-19 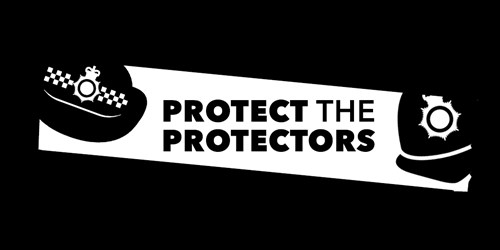 Offenders who spit at police officers and ‘weaponise’ Covid-19 should face tougher jail sentences, the Chairman of Devon and Cornwall Police Federation has urged courts - calling spitting “a particularly foul form of assault”.

Chairman Andy Berry was speaking on BBC Radio Cornwall about the sharp rise in spitting incidents against officers this year. He said: “Unfortunately it’s become more common – it seems to have become the assault of choice post-Covid.

Due to this added element of threat during the Covid pandemic, Andy said: “I would urge the courts to apply additional sentencing for that.”

When asked how officers could defend themselves, Andy said that spit guards were available for persistent offenders, but that it was very difficult to stop people spitting on officers and that officers couldn’t put spit guards on everyone.

He continued: “I was reading an account of an officer yesterday who had dealt with an incident at a home. Nobody was arrested, nothing was going to happen, but the 20-year-old son in the house spat on the back of the officer’s head as he went out the door. That is just foul and completely unnecessary.”

The punishment for this kind of offence was inconsistent, Andy said: “Some officers say their offender gets a fine, other [officers] might get compensation but most complain that it never gets paid, some get suspended sentences, some go to prison for a short period.

“From my perspective I would seek that the magistrates and the judges use the full sentencing powers available to them. Offenders who are using this kind  of weaponised spitting should go to court and they should, in the vast majority of cases, face a term of imprisonment, because there should be an absolute punishment for people who attack those who are there to serve society. And it's not just police officers, it's happening to paramedics, nurses and doctors as well.”

Radio Cornwall also read out a tweet from a female Devon and Cornwall Police officer, who said: “Myself and three PCs spent our entire shift tonight with a volatile male who urinated and defecated in the van, spat, tried to bite us and kick us and then trashed his cell with food and faeces. He was verbally abusive throughout. Shifts like that are draining.”