Police officers are £1,000s worse off than they were 10 years ago as a result of wages failing to keep pace with prices. 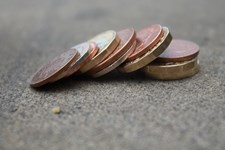 Police officers are £1,000s worse off than they were 10 years ago as a result of wages failing to keep pace with prices.
Sgts/PCs inflation-adjusted pay is £5,595 a year lower than a decade ago, according to a TUC report.
Phil Matthews, Chair of Wiltshire Police Federation, said: “What a sad place our Government has put some if its most essential workers in. Police officers showing a real decrease in salary of over £5,500 is appalling.
“How does our Government justify this kind of treatment? Police officers across this country are working unsociable shifts and long hours to keep our communities safe and seeing such a financial loss.
“Add that to the huge reduction since 2010 of police officers which has created a greater workload for officers. A new officer is earning less than £11.00 per hour to deal with awful incidents. Get assaulted, spat at and verbally abused.
“Police officers continue to be the ‘go to’ for the Governments cuts. The numbers shown in this report can only go towards making morale fall even further. I would love to see the Government take note of this report and acknowledge by giving fair pay to police officers in 2022.”
https://www.theguardian.com/money/2021/dec/23/essential-workers-thousand-of-pounds-worse-off-than-a-decade-ago-tuc-says