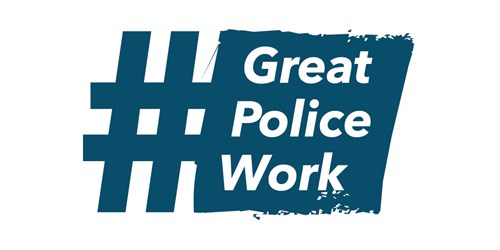 The outstanding work of Wiltshire Police colleagues has been celebrated at a virtual Awards Ceremony.

Attendees heard stories of brave officers who had been shot at in the line of duty; rescued a mother and child from a house fire; detained an armed suspects after an aggravated burglary; and helped vulnerable victims of domestic abuse.

Others were commended for their inspirational leadership and long service.

The event, which had been postponed from last year due to the coronavirus pandemic, was attended online by individuals and teams as well as senior staff and officers from Wiltshire Police and the Office of the Police and Crime Commissioner (OPCC).

It recognised and honoured officers, staff and volunteers who put themselves in harm’s way to protect the public at some of the most challenging times in their lives.

Among the award-winners were a group of officers who resuscitated a woman while a gunman shot at them during a two-hour siege. Inspector Mark Freeman was the firearms commander who directed teams from the control room, while Sergeant Nathan Perry, PC Peter Smith and their team calmly talked the gunman down.

PC Mark McIntyre received a Chief Constable’s Certificate of Excellence for a separate incident where he talked down a vulnerable man from a motorway bridge.

Wiltshire Police Deputy Chief Constable Paul Mills said: “I’m immensely proud to have the opportunity to recognise and celebrate these amazing achievements and the contribution my colleagues have made.”

Chief Constable Kier Pritchard said: “Our officers, staff and volunteers work incredibly hard, often faced with challenging situations and difficult decisions. All those honoured at the awards have in one form or another demonstrated the values and standards that underpin Wiltshire Police and the Office of the Police and Crime Commissioner. I am really proud of these brave and public-spirited individuals; they are a credit to the force and to the communities they serve.”