Forces have a duty to make reasonable adjustments for officers who are struggling with menopausal symptoms.

Today on World Menopause Day (18 October), all forces have been sent updated guidelines to remind them they have a legal obligation to make appropriate changes which will help officers continue to work while facing symptoms which can be debilitating. The menopause itself is not covered by the Equality Act 2010, but the health conditions that arise from it, or are made worse by it, may be.

Eight out of ten officers going through the menopause told us sleep disturbances were having a detrimental effect on their career, so a reasonable adjustment could be allowing an officer to do two extra late shifts instead of a night duty during a period of insomnia.

Our survey also found 76 per cent of officers had found symptoms either moderately or extremely problematic at work - nearly half considered quitting the force as a result.

At the same time, BUPA and the Chartered Institute for Personnel and Development (CIPD) found almost 1million women in the U.K. left their jobs because of menopausal symptoms.

The Federation has been one of the driving forces behind breaking down the barriers in the police service surrounding the menopause for a number of years. In 2019, it evidenced to the Menopause Action Group that more should be done to better support officers going through that period in their life resulting in national guidance being rolled out the same year.

Today’s refreshed guidance will arm forces with even more educational information, which shows a continued commitment on a national level to take the menopause, its symptoms and those who suffer from it, more seriously.

But more must be done. Belinda Goodwin, secretary of PFEW’s Women’s Group and Chief Constable Lisa Winward, National Police Chiefs’ Council Menopause lead, who both sit on the Menopause Action Group, both raised concerns about officers considering leaving because their circumstances can’t be accommodated.

Belinda commented the situation “is a real shame”, while CC Winward added: “These are people who are talented, skilled individuals who are dedicated to policing and if we can make reasonable adjustments to support them throughout some of those debilitating symptoms, they can still deliver a really valuable service to the communities they serve, to their colleagues and their team within the organisation - they just need that support during that period in their life.

“Like anyone else who might be suffering with symptoms of a condition, we would absolutely want to support that person, so why wouldn’t we want to do that for menopause?”

“If you are suffering, you do not need to suffer in silence. There are hundreds of people out there you can reach out to, including your Federation colleagues, there are tactical and strategic leads in every force.

“You might not know who that person is, but if you reach out to the Menopause Action Group, we will put you in touch with that person and they can speak on your behalf if you don’t feel like you can speak for yourself.”

If you need advice on working arrangements, you can contact your local Federation branch where a representative will be able to assist.

The National Menopause Guidance, which is designed to help support and advise individuals, line managers, senior leaders and occupational health advisors is available to download here. 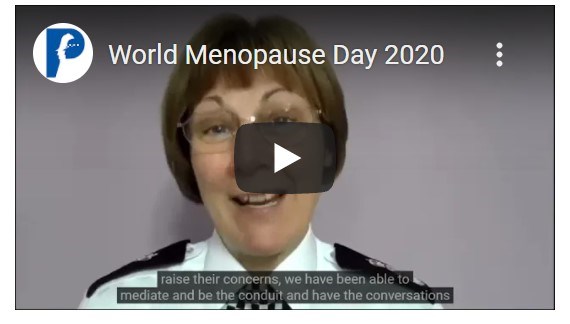 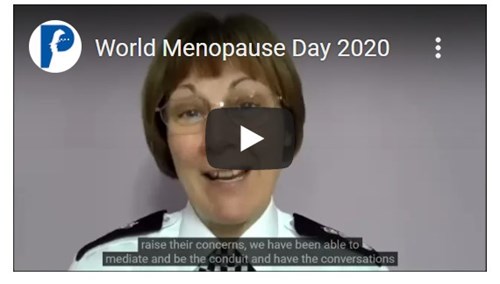