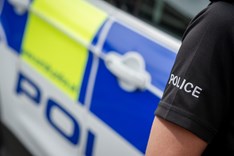 Chair of Wiltshire Police Federation Mark Andrews discussed on BBC Radio Wiltshire today if TV police dramas are a fair resemblance and representation to what goes on in policing.

Mark said: “I get on well with some of the police programmes that we see, a lot of them are a really good drama, that’s what they are drama and entertainment for the public.

“The shows also need to be careful what they put out there.

“It’s important that the programmes take seriously what we actually do.

“They should take on professional advisors and ask us how things are actually done but it is down to the writers.

“If they followed us around and actually based it on what we’re doing, paperwork etc., I don’t actually think it would make that great of a TV programme.

“However The Bill was what first got me into policing.”