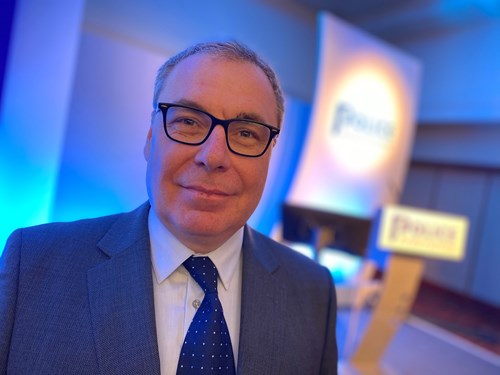 Wiltshire Police is suffering from chronic under-resourcing on the roads, the force’s Federation has warned.

PC Tom Wilson, Federation Representative and Lead Investigator at the Collision Investigation Unit, joined the Roads Policing Unit in 1998. He said: “There were 142 Traffic Officers in Wiltshire then. We’re now down to 24.

“That gives you an idea of the scale of the task that faces us in terms of getting those number back up so that we can become effective again in terms of responding to incidents and, more importantly, with 24 officers you just cannot provide an effective enforcement.”

Tom was speaking after the National Roads Policing Conference in Warwickshire on 28 January, where the issue of Smart Motorway safety was discussed. He said: “I drive on Smart Motorways as a member of the public and I think there should be a sudden, significant change in direction. From the very beginning I’ve questioned the validity of these things and it’s a pure case of finance versus safety. You have to look after your people and you are not doing that with Smart Motorways.

“There are all sorts of issues. How I get to the scene of something. If there is not a hard shoulder, how do I get through traffic? I have to physically push through four lines of traffic in order to get to the incident, which significantly increases the time it takes to get there, and all that time means that those people are exposed to risk. And of course it’s not just the police, it’s the fire and it’s the ambulance. I think it’s pure folly and it needs to stop immediately.”

He also renewed calls for protection for police drivers after legislation stalled. The Emergency Response Drivers (Protections) Ten Minute Rule Bill is still awaiting its second reading, after an attempt on 23 November 2018 ran out of time.

Tom added: “How can we have a situation where we have police officers doing their job, doing nothing wrong, but when they are judged by the law and the Crown Prosecution Service are asked to look at a file, they have no option because it’s the standard to which we are being judged is the common man in the street? That can’t go on.”