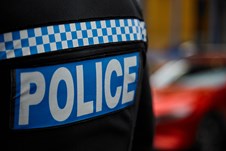 Wiltshire Police Federation has called on Chief Constable Kier Pritchard to challenge the courts after a man was given a suspended sentence for attacking a police officer.

Joshua Richards, 26, was found guilty of shoving a Police Sergeant and threatening to kill him. The offender had later added the officer was lucky he hadn’t punched him. Richards was already serving a suspended sentence for attacking a police officer.

Wiltshire Police Federation Chair Insp Mark Andrews said he would be looking to the force’s Chief Constable to take up the case at the next meeting with the county’s criminal justice partners.

He told Police Oracle: “Harsh words are fine but there was no action. I’ve informed the Chief Constable to have this challenged at the next CJ board meeting to ensure we see some changes.”

The force has supported the Federation in previous cases of officer assaults.

Mark said the Government’s plans to change the law to make those who assault emergency services workers bee jailed for two years would only succeed if courts used the tariffs.

“If the judges are not going to enforce it and give prison sentences, then these assaults will keep happening,” he said.

The attack happened as the officer investigated a potential breach of Covid-19 laws.

District Judge Dickens told Richards he would not be sent to prison as he was complying with his Probation office.

According to reports, his previous sentence was extended, a new 12 week suspended sentence was imposed – lasting for two years. He was also ordered to pay £200 compensation and must complete a 20 day rehabilitation order.

District Judge Joanna Dickens said: “This is an incredibly serious offence. You may say it’s only words; well, it’s not only words. We will find if we, as a society, treat our police officers like this we will have no police officers. Who will do this job when they put themselves at huge risk?”

The case will give ministers support for toughening the sentences for assaults on emergency workers. A change in legislation is set to come in the next session of Parliament.

To see the story in full, go to: https://www.policeoracle.com/news/uniformed_operations/2021/Jan/18/wiltshire-to-challenge-judiciary-over-officer-assault-tariffs_106575.html