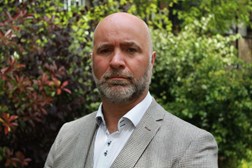 It is “extremely disappointing” that there has to be a re-run of the Wiltshire and Swindon Police and Crime Commissioner election and it could mean it takes even longer to get the investment that officers and the community need, the Chair of Wiltshire Police Federation has said.

The Conservative candidate for Wiltshire and Swindon Police and Crime Commissioner (PCC), Jonathan Seed, pulled out of the race after it emerged that he should have been disqualified due to a historic drink driving conviction. The election had already gone ahead and the votes were about to be counted, but a new election will now have to be held to appoint a successor to outgoing PCC Angus Macpherson. By law, anyone convicted of an imprisonable offence cannot be a PCC.

The bill for holding a second election is expected to cost at least £1m and Thames Valley Police have been called in to investigate the circumstances around the election.

Wiltshire Police Federation Chair Mark Andrews told BBC Radio Wiltshire: “It’s extremely disappointing that we find ourselves in this position. The main thing I want to do is reassure the public that the police officers out on the ground are managed and guided by the Chief Constable. He’s the person who sets the direction and ensures that we’re out there doing our job. So we’re ok, we’re managing, and we’ll get through this and continue to serve the public.”

But Mark said he was concerned that it would take months to organise the new election and that the situation would be “allowed to fester”, which would delay vital funding decisions.

He said: “I’m worried this process could take four, five, six months until we get someone in charge who can make those long-term budgetary decisions about new police stations, investment into existing police stations, maybe additional police officers and the investment into different departments which I’ve been calling for in my mini manifesto. I just want the best for the cops so that they can do their best for the community.”

One budgetary priority was to invest in police stations, Mark said: “We’re working in shared premises in Salisbury and Chippenham and my officers don’t think that really works. I’ve been calling for our own police stations and I was hoping that a new PCC would listen to me and listen to the officers and maybe sign off on that. That’s a long-term project, but even knowing that it would happen would be fodder for the cops, and the community would also like to know that they have their police stations back.”

Mark added that it was important that the public voted again when the next election went ahead.

He said: “I encourage people to go out and vote when the PCC election finally does happen, because it’s important that the community have a voice and that they can have a say in how Wiltshire police is set up and how the policing plan is in place.”