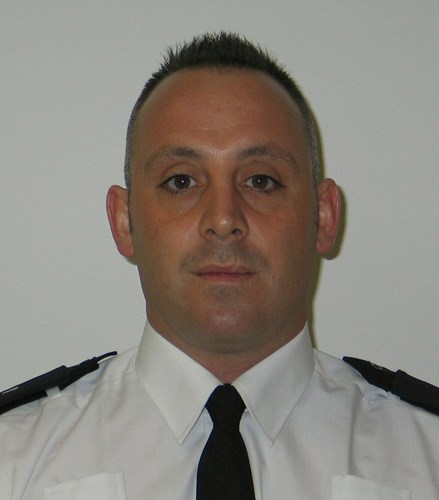 A Wiltshire Police officer who plunged into a freezing cold canal to save a woman’s life has been nominated for The National Police Bravery Awards – for the second time in his career.

PC Chris Miller, who was also Wiltshire’s Police Bravery nomination in 2016 after risking his life to save man who walked into lake carrying a rucksack full of bricks, will now once again join courageous colleagues from across England and Wales at the prestigious event in London.

This time round, it was in January 2019 when PC Miller responded to calls that a woman was floating face down in a Devizes canal on a bitterly cold evening.

When he got to the scene PC Miller could see the woman was floating in the middle of the canal still face down and unresponsive to his calls.

Members of the public on the bankside had said she had perched herself precariously on a bridge, 20 feet above the water. Despite their best efforts to talk her down, she had decided to jump into the icy water.

As it was dark, there was no real way for PC Miller to assess the situation for his own safety, but he could see the woman was on the verge of drowning.

Deciding he couldn’t wait for fire crew support, he took off his body armour vest and told control he was going to get into the canal. He half waded, half swam out to the prone woman and managed to drag her to the far bank.

Incredibly she was still conscious, although ice cold. PC Miller stayed with her despite her protestations and managed to keep her warm until ambulance teams arrived.

“It was a bitter night, and she must have been close to drowning when PC Miller decided to enter the water. It was an action which typifies the professionalism and dedication of the best Wiltshire Police officers; he had no time to assess the situation; he just took control to save a life.

As a nominee, PC Miller will attend a prestigious daytime reception and evening awards ceremony in London in July 2021. The 2020 event – the 25th National Police Bravery Awards - had been scheduled to take place this past summer but had to be cancelled due to Coronavirus.

“PC Chris Miller proved once again that police officers are much more than crime fighters. They are life savers. They are heroes. To be nominated for the National Police Bravery Awards for the second time in his career is an amazing achievement. He should be incredibly proud of his work. We certainly are.