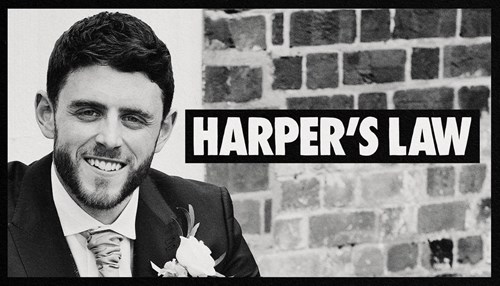 Federation Chairman Mark Andrews has given his support to the campaign led by PC Andrew Harper’s widow Lissie, which is pushing for life sentences for those who kill emergency services workers.

Mark said: “Lissie is campaigning tirelessly to ensure tougher sentences are given to those offenders who take the life of an officer. I can only admire her strength and commitment to this cause and would ask others to support her in the battle. It is about time the country stood up and said enough is enough.”

Thames Valley Police officer Andrew Harper was killed in August last year by Henry Long, Albert Bowers and Jessie Cole, who were convicted of manslaughter, but cleared of murder. Long was given a 16-year sentence and Bowers and Coles received 13 years; their sentences are now being reviewed by the Court of Appeal.

Lissie’s campaign is being supported by the Police Federation of England and Wales. She is meeting with Home Secretary Priti Patel this week.

Lissie said: “Our justice system is broken. And we need Harper’s Law to help fix it. I have witnessed first-hand the lenient and insufficient way in which the justice system deals with criminals who take the lives of our emergency workers.

“Sadly nothing I do will bring Andrew back – but I know he would be proud of me for seeking to bring about a law change, which will hopefully act as a deterrent to anyone considering doing to one of his fellow emergency service workers the terrible thing that happened to him.

“Harper’s Law will ensure those that commit these offences aren’t out again on the streets in a matter of weeks, while the families of the victims suffer their own life sentences. That would be far more just.”

Lissie is asking the public to sign and share the petition: change.org/HarpersLaw, use the hashtag #HarpersLaw and lobby their local MPs.