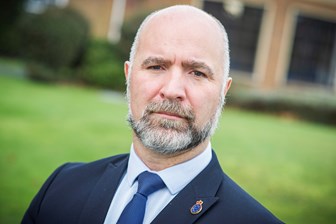 Wiltshire Police Federation has hit out at the “disgrace” of the public sector pay pause, after it emerged that the Chancellor would not award a rise to police officers.

Mark Andrews, Federation Chairman, said: “Our officers who are through the pay scales, the longer-term officers, have had an 18% pay cut during the austerity years and this is just another kick in the teeth for them. It shows them that they are not regarded in any way by this Government and it is really disappointing.”

Rishi Sunak told the commons this week that doctors and nurses would get a pay rise, but that: "I cannot justify an across the board pay increase for all public sector workers.”

Mr Sunak did tell MPs that “pay progressions and promotions will carry on” in the public sector which should refer to police officers who receive/are scheduled to receive incremental rises. £400+ million will be provided to recruit 6,000 police officers.

Speaking on BBC Radio Wiltshire, Mark criticised the Government for praising officers’ work while agreeing to the pay freeze.

He added: “Words are easy. When it comes to the crunch, they try to separate public workers into those who work for the NHS and everyone else - but at the same time don’t recognise the efforts of the police who are out there every day supporting the public, ensuring that legislations are upheld and keeping the public safe to prevent them from going into the NHS. Our work is not seen to be as highly thought of as those in the NHS. It’s divide and conquer.”

Mark also spoke about whether his members would be enforcing coronavirus legislation while rules are relaxed over the Christmas period.

He said: “It can be policed. We can police it. But it will be difficult. I’ve got to be honest. I’ve been policing for over 20 years and I get confused sometimes by the Government messaging and the way they say what people should and should not do, and how they apply legislation. I would encourage the Government to really communicate what is expected of our citiizens. I know that Wiltshire citizens have complied in the main in the past and I am sure they will do again - and if they don’t we will enforce it.

“We have limited numbers of police officers out there. It is an extremely busy time for us. Covid has made no difference to crime. We are still same crime levels that we saw this time last year. So we are out there dealing with priority crimes and 999 calls. Yes, we will do our best to enforce Government legislation but we have priorities that we have to manage.”