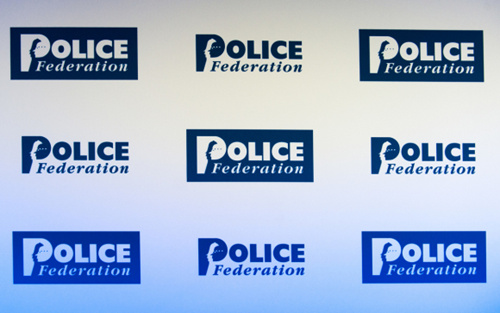 A lack of testing and Personal Protective Equipment (PPE) continue to be critical concerns for officers on the frontline, Police Federation of England and Wales Operational Lead Simon Kempton has told the Home Affairs Select Committee.

Other issues concerning colleagues as the UK lockdown enters its third week include ensuring they get clear communication and advice on their new powers and how they can remain safe when dealing with COVID-19 on the frontline, in terms of keeping a distance from the people they encounter.

“It’s about having access to PPE kit when and where they need it, making sure it’s the right spec and that it's replenished in a timely fashion,” Simon told the Committee by remote video conferencing.

“Testing is very important to [police officers] not just for the sake of their own health but also because it impacts on their families.

“And with the new police powers and legislation in place, they want clear and consistent advice from the Chief Officers and the Government.

“They are doing an incredibly difficult job; clear communications would make their jobs easier.”

PPE is getting to forces, but distribution once it’s there needs to be improved, Simon said.

“While the level of kit varying from force to force shows it is in the ‘system’ it’s not always getting to officers who need it, Simon said.

“Local-level management need to be better in managing stocks. Late shifts are missing out because it’s not there when they get to work.

“There’s also been some conflicting advice on PPE from the Health and Safety Executive and Public Health England, so again it’s about the consistency of communications.”

Chief Superintendent Paul Griffiths, President of the Police Superintendents Association of England and Wales, was also on the video call.

He said the NPCC had put in orders for COVID-19 testing kits and hoped they would be ready this month while a ‘lot of energy’ had been put behind resolving the PPE issue.

“We recognise the priority for testing has been vital NHS and care workers, but officers are key workers too, and we are keen to have a position in the testing schedule. NPCC orders have gone in for critical roles.

“The safety and wellbeing of staff is a priority, and PPE is key to ensure they have the right equipment and guidance to do their jobs,” he said.

“There have been some teething issues getting it forces; the concern is now its distribution within forces.

“NPoCC is working to make sure it reaches officers who are dealing with COVID-19 cases and keeping the supply going for the weeks ahead.

Other matters discussed by the Committee included getting stricter sentencing for those spitting at and coughing on officers during the outbreak.

“It’s superb to see tougher sentences being handed out to people who are spitting at or coughing on officers,” Simon said.

“It’s a terrible assault at best of times, but this is weaponising COVID-19, so it’s heightened the fears of it happening.

“Officers just don’t know if they are taking the disease home with them, it’s reprehensible.”