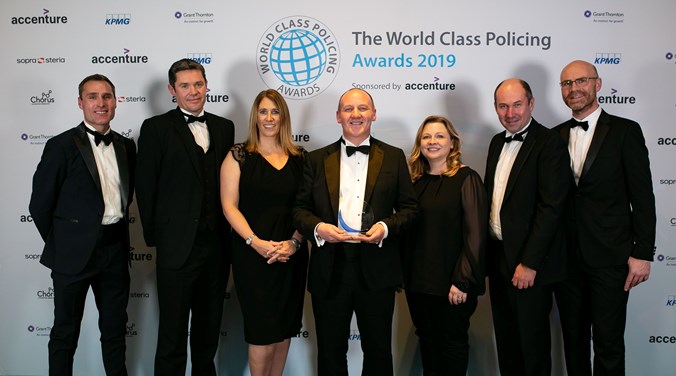 Wiltshire Police has won a prestigious World Class Policing Award in recognition of its ‘outstanding’ response to the 2018 Novichok attacks in Salisbury and Amesbury.

As the severity of the poisoning emerged, the force declared a major incident, formed the LRF Strategic Co-ordinating Group (SCG) and led a multi-agency approach in dealing with it.

The threat of the nerve agent Novichok to public health had never been encountered before and the whole operation took place under the glare of the world’s media.

The SCG contained the risk to the wider public, reassured them and cleaned up the affected areas quickly and efficiently.

The police led operation saw the force work with several agencies including Wiltshire Council, The Ministry of Defence, the NHS and other Government bodies.

It was a complex operation with emerging and unprecedented risks and updates happening constantly, but exceptional leadership and partnership working was brought together to minimise harm to the general population.

Gary Treherne, Wiltshire Police Federation Secretary, said that it was fantastic news for his colleagues in the force.

He said “What fantastic news, I’m very proud of my fellow Wiltshire officers and Police staff.

“This award showcases the very best of British Policing and is testament to those officers and staff, who showed immense dedication and worked extremely hard in unprecedented circumstances to lessen the impact on the local communities of Salisbury and Amesbury.

“I would also like to thank our partner agencies and mutual aid officers from up and down our country, without them we would not have been able to function and keep Wiltshire safe. “

Judges commented that this was a “world class, world leading, complex response to one of the significant global events of 2018.”

A spokesman added: “The collaborative partnership response in the meeting and the need to establish new processes to handle sensitive and secret communications at the highest levels of Government, UKIC and CT Policing whilst working in the glare of local, national and international publicity was extraordinary.

“As one of the smallest forces in the United Kingdom, Wiltshire’s ability to cope with the influx of policing support from 42/43 UK forces; ensuring the working conditions of staff; the management of danger that staff and members of the community were in and also ensuring outstanding stakeholder management to explain that the response was being driven effectively was frankly extraordinary.”