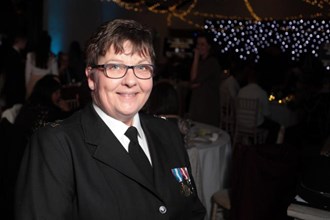 A POLICE officer in Amesbury who puts the “community at the heart of everything she does” has been recognised at the Wiltshire Police Awards 2019.

PC Lucy Wileman was presented with a Excellence in Partnership Working Award.

The citation said: “Police Constable Lucy Wileman’s local knowledge and her relationship with numerous partner agencies within the community of Amesbury is exceptional.

“PC Wileman has a good understanding of the issues in the area and works with partners, both internally and externally, to address problems, and ensure they are highlighted as a priority.

“She has worked hard to build strong relationships, including with parents of young people who have come to police attention, the local travelling community, and local councillors and business owners.

“This hard work has paid off and means she is constantly provided with community intelligence, which she then shares and uses to safeguard, prevent crime or set local priorities.

“Her work in the community receives praise from many partner agencies, including the youth offending team and the area board.”

A spokesperson for Wiltshire Police said: “Lucy puts her community at the heart of everything she does and we are immensely proud to have her as part of Wiltshire Police.”

He has been a cadet in 2016, his award citation said: “He has proven himself to be a committed and dedicated volunteer police cadet over the past year. He has demonstrated innovation and enthusiasm in all areas of his volunteer work.”

He was praised for work on two videos designed to engage with young people including one for Operation Sceptre, a national knife crime week initiative, and the other about county line drugs.