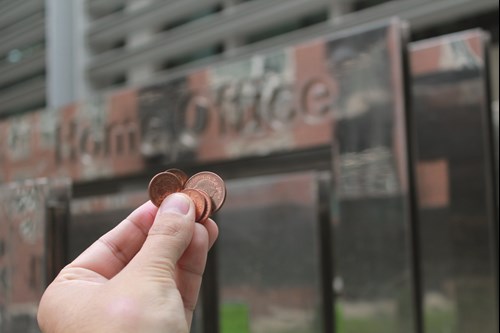 Steve James, Chair of Gloucestershire Police Federation, said: “MPs accepting the £2,200 pay rise recommended by their independent pay review body will be seen as a breathtaking piece of hypocrisy by police officers.

“Government has not only consistently denied officers the right to fair and independent pay reviews but have brutally reduced real-terms pay by 20% over the last decade.

“Whilst officers, and the wider public, will undoubtedly be outraged by this tone-deaf self indulgence on behalf of MPs, it is important to focus on the effect this has had on policing. Officers have operated under a decade of austerity now. A decade that has seen the policing mission expand in all directions to fill the chasms left by widespread under investment across other public services, especially youth, family and mental health services.

“At the same time officers have seen their, training, equipment, CPD, estate and all the other tools they need to do their job, reduced, stopped or sold off.

“As Federation Chair I often see officers in, or at risk off serious financial hardship. When officers cannot make ends meet, living payday to payday, and in some cases relying on payday loans and foodbanks, then enough must surely be enough.”

Steve added: “The Home Secretary has stated that officers cannot receive more than a 2% pay rise this year as anything else is unaffordable. This is simply not true and offices and the public should not believe otherwise.  That Is not how public finances work. This is purely and simply a political choice.

“A Government that can choose to write off billions in fraudulent Covid loans can choose to increase police pay. That they are wilfully choosing not to is a choice, a choice that shows how little the police and public safety are truly valued by this Government.

“There are three things Government must do to address police pay

“Anything less than this will only continue to show how little policing is truly valued, and how PFEW are right to continue to have no confidence in the Home Secretary.”