A PFEW survey of over 6,000 detectives has illustrated the need for a fundamental review of the January 2021 changes to the Crown Prosecution Service (CPS) Director’s Guidance on Charging. 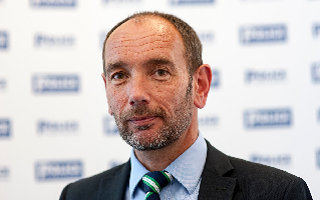 Conducted on behalf of PFEW’s National Detectives Forum (PFNDF) to assess the impact of the changes on detectives, the survey, which closed in February this year, revealed the detrimental impact on morale.

A total of 59 per cent characterised their job as ‘Very’ or ‘Extremely’ stressful, while 87 per cent said the changes had increased how stressful they find their job. 67 per cent indicated they had decreased the number of hours they were able to spend actively investigating live cases (due to increased case preparation work), while 86 per cent said the changes had decreased the efficiency of the criminal justice system.

PFNDF Chair Glyn Pattinson said the survey results reinforced the need for an urgent reappraisal of the CPS guidance.

He said: “This shows how deeply frustrated colleagues are with the CPS changes, and the negative impact that implementing the guidance has on colleagues. Morale is increasingly low because detectives are being tied down with bureaucracy, rather than being able to get on with their jobs.

“These changes have meant colleagues are unfairly being asked to jump through hoops. While we’re fully supportive of the need for full disclosure, the need for trial-ready files – particularly when individuals plead guilty - is often unnecessary.

“It’s clear from the survey that workloads have been increased massively, and the system is on the point of collapse. There’s also an increasing number of dedicated detectives who want to leave due to the pressure caused by the present system, and it will be impossible to replace this experience once it is lost.

“I was recently with a group of Student Officers who when they joined were determined to become Detectives. One year on in their service, they had completely changed their minds because they’d seen first-hand the complexities, risks, and deep frustration of being in the role.

“The changes are impacting on police officers in many roles and not just detectives. We urgently need the CPS to review their guidance and continue to work alongside PFEW and the NPCC to reconsider the full impact of the changes.”

A link to the report can be found here;