Stretched police service struggling to keep up with demand 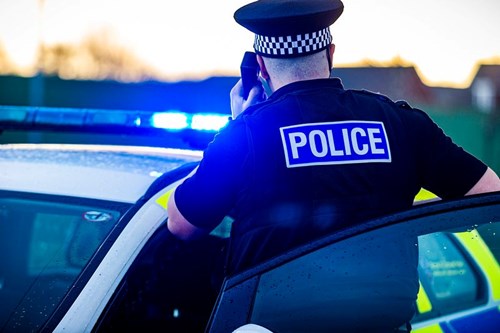 There needs to be a public debate about what Devon and Cornwall Police should be doing – as stretched police resources can’t keep up with demand.

Andy Berry, Federation Chair, told BBC Devon this morning that demand has outstripped capacity, and that the service is “creaking”. He said he had never seen the service in such a dire situation in his time as an officer.

Andy told David Sheppard: “Everything is creaking. Not only is that service failure for the public but it is breaking officers because they are working themselves inside out, desperate to do a good job, and feel, in themselves, that they are failing.

“I have been in this role for four years, a police officer for 29 years and I’ve never seen so many inspectors, chief inspectors and superintendents coming to me and say this stuff. These are the people that are running the force and are close enough at the front end to see what is happening, or what is not happening.”

Andy was speaking after a tweet from a Devon and Cornwall Police officer said he was “angry and frustrated” with the lack of support for the front line, and that he was “burnt out” by the demand.

Andy added: “We will have more officers in Devon and Cornwall by the end of the uplift - which will be sometime next year - but we will have less officers, per 100,000 members of the public, than we did a decade ago. We are not even keeping up with population rise, let alone the changes in crime.

“As a police force we try to prioritise everything; get to every call and try to provide the best service that we possibly can….But there aren’t enough people to go to the crimes and investigate the crimes. The Chief Constable needs to take some radical decisions and maybe, for a temporary period of time, say we won’t go to certain things, maybe not focus as much on certain crime types.

“A lot of energy goes into the low level possession of drugs. Maybe we should reduce that. Maybe the Chief Constable should think about stopping our neighbourhood team - the very visible part of policing, that do an immense amount of good work - maybe they should stop for a period of time to enable us to do the basics. It’s got to the stage where there needs to be that debate.

“What do the public want us to do?

“Concentrate on serious crime; rapes and domestic abuse and bringing those perpetrators to justice, or respond to urgent 999 calls quickly so they are getting there faster than they are now? Or do they want us to keep on spreading the jam really thinly?”