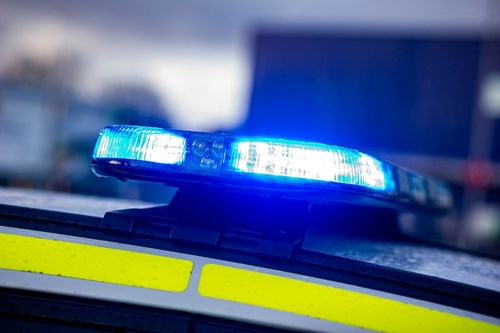 Andy Berry, Federation Chair, said: “In a force that has faced increasing demands, everything is has to be streamlined and so lot of work is now resolved remotely by help desks. But the downside is that most of the work that reaches response cops are the more traumatic or ‘high octane’ incidents. It’s not uncommon for one section to deal with several hangings in one weekend for instance.

“There was a time when you would be dealing mix of easy jobs and hard jobs - some would be tougher and would require all your skills, others less so. You may attend a report of a theft from shed - you have to be using your skills of empathy and investigation but it is less traumatic than having to drive at speed to a road traffic collision and then on to sudden death. But now most of the ‘easier’ bits have been removed through the drive for efficiency.”

Andy was speaking to mark policing’s first Response Policing Wellbeing and Resilience week (begins 15 March) which will highlight the challenges faced by those on the front line.

He added: “Being a response cop is tough on your personal resilience. The radio is always busy and the officers are at its beck and call. One of the things we have worked with the force on was to better support officers to take their meal breaks. A lot of officers wouldn’t realise that their rest breaks are written into Police Regulations. The force was really supportive and amended the deployment policy. But we still need to work to encourage officers to feel that it's OK to take a meal break.

“And the public needs to understand that it's okay for officers to be eating their sandwiches in public or having their lunch in the car. Because if they don’t, at the end of an eight or ten-hour shift when you are hungry and tired it could lead to an officer making a mistake or their temper could be frayed. Remember police officers are not robots and they need rest and sustenance.”

Andy said that for too long the response role has been “undervalued” and that teams can feel like a pool from which to recruit into policing’s specialisms. He went on to say that the force had a real opportunity, given the uplift in officer numbers, to build a strong an resilient frontline where officers had the time to do a great job for the public, to be safe and are able to take leave to spend with their loved ones.

He added: “Officers in frontline policing haven’t been given the credit they deserve. I want these officers to know that they are valued. Policing has got more complex over the decades and in the time I have been within policing, response policing has evermore become a specialism in its own right.

“It requires a huge amount of skill in relation to dealing with the public, understanding and enacting the law, use of discretion and equipment. It’s a profession in itself and it needs to be treated with respect.”