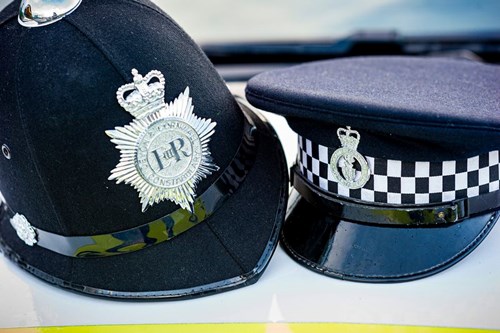 Police officers who run towards danger day in and day out should not be paid so little that even those in Inspecting ranks are considering a second job, according to Devon and Cornwall Police Federation.

Chair Andy Berry said he was “angry” about the Government’s announcement of a “derisory” £1,900 pay rise for all officers, which will be effective from 1 September.

The Home Office said it had accepted the recommendations of the Police Remuneration Review Body in full, saying it reflects “the vital role police officers have on the frontline making our streets safer”.

However, Andy said: “This was a derisory pay award dressed up with the usual platitudes of Government. At its best, the fixed award of £1,900 – equating to 8.8% for our lowest paid officers– does not even keep up with the 9.4% inflation rate published today.

“For many officers, seeing barely a 3% or 4% rise will be a bitter pill to swallow particularly off the back of a zero award last year and a decade of pay restraint which has seen the value of police officer pay eroded by 20%.

“The pay increase will, I’m sure, be welcomed by many of the officers on the lowest pay scales and perhaps is finally an acknowledgement by the Home Secretary that police pay is woeful.

“Woeful because in Devon and Cornwall Police, where a substantial number of officers have less than five years’ service, it means that they are earning less that the median salary for all full-time employees in the UK.

“But it isn’t just the officers starting their careers who feel the effects of the cost of living crisis. It is affecting officers of all ranks and service – and I even have those within the Inspecting rank considering a second job.

“How can it be that officers entrusted with such significant powers, required to make decisions which affect the lives of citizens, to carry weapons, to deal with aspects of life and death that no person should have to witness and to run towards danger, are treated with such scant regard by the Government?

“The answer is that the Government does because it can. There is no negotiating mechanism, just a pay review body with no independence and no power.

“As the Police Federation and the Police Superintendents’ Association (who incidentally must feel even more unloved) we can shout, stamp our feet and send angry letters but the Home Secretary can with great confidence ignore our pleadings.

“Obviously the Home Secretary has a lot on her plate, but she doesn’t have to worry about the police striking, as perhaps ministers within Health, Education and Transport currently are, because we can’t. But, perhaps cynically, I wonder if her boost to the pay for those with less service (making up a significant number in the police) is an attempt to divide the workforce to stave off any thoughts of ‘working to rule’ – as has been the case in Scotland.

“So ‘what are the Federation do now?’ is a question on many officers’ lips.

“I personally think that the first thing that the Federation should do is to ballot the membership to see what officers actually think – much like the Unions do.

“Responses I have seen from my colleagues in Devon and Cornwall are mixed and we must properly gauge the feeling of officers to see if, all things considered, whether they are they satisfied with the pay award or whether are they angry like me.

“If the message is angry then would they, if asked, work to rule, like the Scottish, and in the absence of a fair pay review body would officers want the right to strike?”