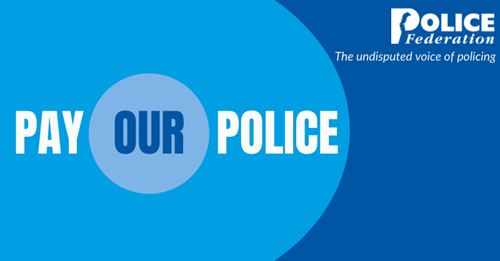 Police Officer pay now needs a huge hike as it has dramatically fallen 20% behind the cost of living over the past decade +.

Andy Berry, Chair of Devon and Cornwall Police Federation, said: “My colleagues across Devon & Cornwall are decent people, they work tirelessly to support their communities. They understand the financial pressures on everyone and the economic difficulties that the Country faces but this cannot mean that they shouldn’t also be concerned about their own pay and the way they feel that they are treated by the Government.

“Officers have suffered more than a decade of pay restraint and pay freezes which has meant that their pay has suffered a real terms cut of 20%. This has meant a drop in living standards for the majority officers and for some real hardship.

“For many officers there is too much month at the end of the money; I know officers who have had to take their cars off the road to make their wages last, others who have left policing to earn more money elsewhere and single mums struggling to make ends meet with an ever increasing cost of childcare.

“For police officers the greatest concern is that we are not treated fairly by the Government and that they take advantage of our special status.

“Police officers have additional restrictions on their private lives not least that they do not have the right to withdraw their labour. We aren’t permitted to have picket lines outside police stations in the same way Nurses and Teachers and so we are entirely reliant on a police pay review body to decide on our pay.

“Unlike MP’s our pay review body isn’t independent, it is under the control of the Home Secretary who has the power to both set the questions for them and provide the answers.  Last year she told the pay review body that their recommendation had to be a zero% pay rise, that just isn’t fair and not what one would expect in a democratic country.

“If the Government doesn’t change its attitude and start to value the work of the police then more and more officers will start to wonder why they bother to come to work only to be assaulted, spat at, to work in police stations that are unfit, sit on chairs that are broken, drive cars which are falling to pieces and all the time being vilified by certain sections of the media. Policing will fast become an unattractive career for graduates and the Government will fail to achieve the 20,000 uplift.”

Andy added: “Money isn’t everything but in a job which requires critical decision making about public safety or the removal of someone’s liberty then does the public of Devon & Cornwall really want over 40% of officers in our force distracted through worry about their finances and 10% knowing that each month they will run out of money.”