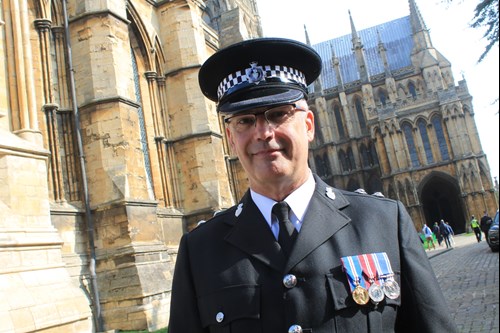 It is important to set time aside to reflect on the immense sacrifice made by officers who have died on duty, according to Devon and Cornwall Police Federation.

Andy said: “We’re here to recognise and celebrate the sacrifice by so many of our colleagues over the decades, who have given everything to serve the public. We just need to make sure we don’t forget that, year on year.

“The sacrifice that has been made by the individuals is massive, it is the ultimate sacrifice, and we mustn’t forget that. It’s important that we put time and space aside to sit back and reflect on the immense sacrifice that those officers have made.

“There’s something about filling a space with people who are there to remember and to celebrate those who have passed, and all the efforts they’ve made to keep safe the public in England, Wales, Scotland and Northern Ireland.”