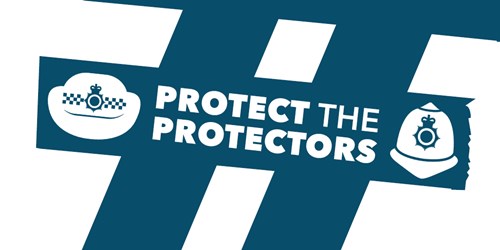 'Vile fella' in Plymouth jailed for attack on Devon and Cornwall Police officers - but only for 72 days.
Nuisance Robert Walker, who has committed more than 200 offences, attacked two constables guarding a cordon after a body was found.
Walker spat in both of their faces.
He also bit one.
Pc Jon Hitt was bitten hard on his arm and had to go to hospital to have his eyes irrigated.
He was jailed for 72 days.
Andy Berry, Chairman of Devon and Cornwall Police Federation, said: "Police officers should be going home when they finish their shifts, not to hospital.
"Sadly this seems not much more than a slap on the wrist for some pretty despicable offences. Such a short and insignificant sentence that the offender walks free straight away having spent time on remand.
"We must protect the protectors. To do that effectively, we need the judiciary to support and back us and provide an appropriate punishment and appropriate deterrent for such awful crimes.”
See more here https://www.plymouthherald.co.uk/news/plymouth-news/vile-fella-plymouth-jailed-cruel-5318088