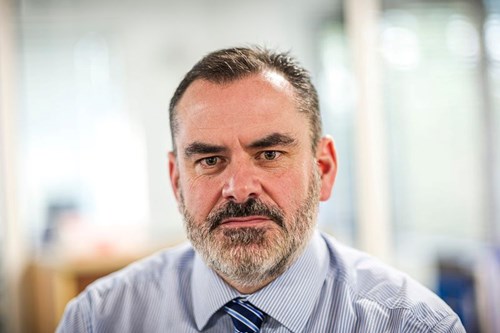 “IOPC investigators need to be robustly held to account in the same way that officers are when they’re investigating crimes for members of the public.”

This was Devon and Cornwall Police Federation’s reaction to a new Home Affairs Select Committee report into the Independent Office for Police Conduct.

The report said that the IOPC needed to focus its efforts on concluding investigations into police officers as quickly as possible.

But Richie Poole, Devon and Cornwall Police Federation’s Conduct and Performance Lead, said: “I feel that this report doesn’t go anywhere near far enough in recognising the effect that a long-term investigation has on an officer’s mental health and even their ability to return to a meaningful policing role.”

In addition, the report said that the IOPC had made “significant advances” in speeding up the process for dealing with officer complaints and that most were now resolved within 12 months.

Richie said: “It’s clear that our relationship with the IOPC has changed as things do begin to improve, and this detailed inquiry is welcomed. However, there is still a very real need for more robust accountability for both the IOPC and professional standards departments (PSDs), and as the IOPC, PSDs and force legal services continue to blame each other and the Federation for delays in bringing cases to a conclusion, it is our members who ultimately suffer.

“I feel that this report doesn’t go anywhere near far enough in recognising the effect that a long-term investigation has on an officer’s mental health and even their ability to return to a meaningful policing role. This not only affects them, but also their close family and loved ones. A lot of this damage can be mitigated by a timely and effective investigation.

Richie continued: “At the end of the day, this is about improving policing for all of us. It's clear from this report that MPs, who depend on the service, protection and dedication of our members, have failed to recognise the importance of holding the IOPC and PSDs to account and ensuring that they are properly funded and resourced.

“By not doing so, and keeping officers under suspension and on restriction for excessive periods while under long investigation, is a false economy and a poor use of taxpayers' money.”