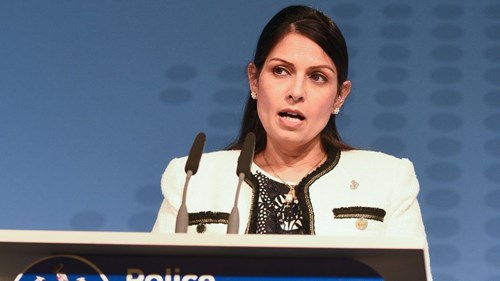 Police officers will find it incredibly troubling that the Home Secretary is trying to impose her will on the supposedly independent Police Remuneration Review Body.

That’s the message from Devon & Cornwall Federation Chairman Andy Berry, who was speaking after Home Secretary Priti Patel contacted the Police Remuneration Review Body this week with their “remit” for advising on a police officer pay rise in 2022/23.

In her letter to the PRRB, The Home Secretary states: “I ask that your recommendations and observations are considered in the context of the Government’s commitment to increase police officer numbers by 20,000 over three years” and “The Government must balance the need to ensure fair pay for public sector workers with protecting funding for frontline services and ensuring affordability for taxpayers’”.

Andy said: “My colleagues across Devon & Cornwall will be exasperated by the Home Secretary’s intervention particularly given the rising cost of living and the increases in National Insurance.

“They will worry that the value of their wages will be further eroded, they will feel that they are not valued by the Government and I fear that we will see more and more officers leaving our force to earn a better living for their families elsewhere.

“Police officers work each day to ensure that there is justice and fairness for our communities across the UK and we deserve to be treated with fairness by the Government not least because as police officers we have very limited industrial rights and unlike most other occupations we cannot withdraw our labour – we cannot go on strike.

“With this in mind I find it deeply disappointing and troubling that the Home Secretary is again trying to impose her will on the supposedly independent ‘Police Remuneration Review Body’ .

“In her remit letter to the PRRB she seems to suggest that she needs cheaper cops to help her pay for the 20,000 uplift, effectively she is asking police pay to be held back to assist the Government in meeting its manifesto promises.

Both the Police Federation of England and Wales and Superintendents’ Association have backed out the PRRB process following last year’s pay freeze.

Andy concluded: “Cops don’t want this argument with the Home Secretary every year and this is why the Police Federation are campaigning for a sustainable and fair remuneration body. An independent body which can consider all the stakeholder arguments and then make a decision binding on the Home Secretary.

“We want a fair chance to get fair pay!”