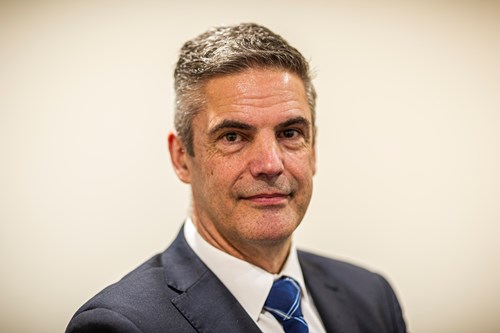 There needs to be a public conversation on what the Government and Public actually wants the Police Service to concentrate on, Devon and Cornwall Police Federation has said.

Andy Cooke, the new head of Her Majesty’s Inspector of Constabulary, Fire and Rescue Services, told MPs this week that up to 40% of officers’ time is taken up on mental health calls.

Andy Berry, Devon and Cornwall Police Federation Chair, said: “I’m really glad to hear that the new HMICFRS Andy Cooke understands how much police officer time is currently spent undertaking roles which should be being done by other agencies.

“A really substantial amount of officer time is now spent dealing with things which are not crime. Sitting with the mentally ill awaiting assessments, looking after people whilst waiting for ambulances to arrive, giving looked after children lifts back to care homes because they employ too few staff to do it themselves.

“The list goes on, not least just reassuring people, often the elderly, because they are anxious and lonely.”

Andy added: “As Andy Cooke says, that’s fine but all of that takes time away from officers preventing them from proactively investigating crime or being that strong visible presence which prevents crime and anti-social behaviour as well as reassuring the public.

“This is an issue that I have been raising for the last few years to senior leaders in my own force, posing the question, that with demand outstripping capacity ‘What don’t you want us to do’ and the answer is a resounding silence.  In my force much crime now only receives scant investigation because we have work to protect and look after the vulnerable who often can’t get the help they need from other services such as Health and Social Care.

“This is an issue also highlighted by Sir Michael Barber in his recently published ‘Strategic Review of Policing in England and Wales’ where he says “the police increasingly find themselves acting as a public service of last resort, picking up the pieces where other social services have failed”.  He goes on to say that those who lead the police, the APCC, NPCC and Home Office should agree a new police service statement of mission and values.

“However it is done I absolutely believe that there needs to be a public conversation on what the Government and Public actually want the police to concentrate on.  At the moment, it feels that the service is trying to please everyone but probably pleasing no one and this is felt most acutely by the officers working within the service.

“We are great at doing those things because that is what they are trained to do and so why would the public want us pretending to be social workers, paramedics or mental health professionals.  Importantly also is the fact that no one else does our work.  We are the only agency that would investigate a burglary in Cambourne or a rape in Honiton and if we don’t have time then there is no one else to help.”

Andy concluded: “So my message to the new HMIFRCS is to use his position to drive change and put his money where his mouth is.  Only yesterday the Chancellor told us that economically we are in for a rough ride and that sounds to me like an early warning of further austerity for public services and so perhaps now, more importantly than at anytime in the last decade, the underfunded Police Service needs to define what it does and indeed what it’s not going to do.”