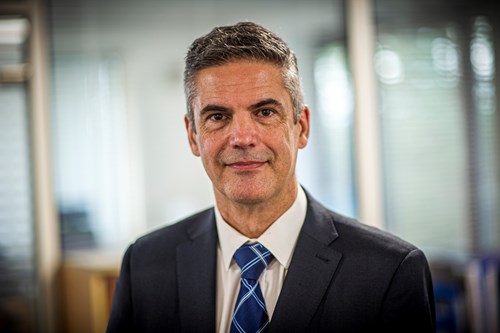 The policing operation to keep world leaders coming to Cornwall for this summer’s G7 summit safe and secure will be “a massive challenge” but also an excellent opportunity to showcase the great work of Devon and Cornwall Police.

That’s the view of Andy Berry, Chairman of Devon and Cornwall Police Federation, the body representing the thousands of officers charged with protecting Joe Biden, Boris Johnson, Angela Merkel and seven other world leaders - and their entourages/the world’s media - when they come to Cornwall's Carbis Bay.

Andy said work was already well underway on the logistical challenge of accommodating and transporting the significant number of ‘mutual aid’ police officers from across the country who will be required to support officers from Devon and Cornwall to properly police the summit from 11 to 13 June.

“Having the G7 in Cornwall is good news for the communities of Devon and Cornwall in respect of we will have the world spotlight on us and hopeful economic opportunities for the business community,” said Andy.

“It’s going to be a massive challenge. Logistically getting sufficient officers into locations and moving them from A to B during the course of the event will be really challenging. Also making sure they are all fed, watered and accommodated properly will be a challenge but that’s what we are there as a Federation to do… to work with the force, to support them to get it right.

“And I have no doubt every effort will be put in to make it so.”

Whilst Andy would not reveal the numbers of officers expected to be required for the summit, it will be a similar mutual aid policing operation to when the previous meetings – then known as G8 – were held in the UK at Lough Erne, Co Fermanagh, in 2013, and Gleneagles in 2005.

This means a high number of specialist and public order trained officers from across the country will likely travel to and stay in Cornwall for the duration of the event.

Andy added: “We fully expect there to be significant assistance from other forces across the country, sending their officers to work with ours in Cornwall and across Devon for that matter - and we look forward to welcoming them and looking after them from a Federation perspective, making sure that everybody gets what they need and that they have somewhere to go if problems should arise.

“We have been working with the force, supporting them in relation to the planning of the event. Making sure that the accommodation they are looking for is going to work and that everybody is going to be happy with it and we will continue to do that to make sure the everyday needs of officers are met.

“We want to make the event an excellent event for the world leaders that are there but also a memorable event for officers from our force and the other forces who will be visiting.”

The welfare of colleagues is particularly important for the Federation, with officers potentially having to stand on cordons for a number of hours in – potentially - searing heat, wearing heavy public order protective kit.

“We will be looking to ensure we learn any lessons from previous large-scale events around the country which other Federations have been involved in,” concluded Andy.

“There may be opportunities to speak to other Federations about borrowing their welfare vans [which provide hot/cold drinks, snacks and toilet facilities] or maybe it is the time for our force to invest in something similar to give officers the opportunities to have proper breaks, drinks and rest.

“We are hoping for a hot summer, so cold drinks all round I would hope.”