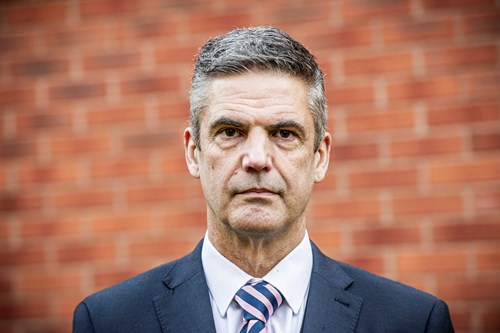 The Chairman of Devon and Cornwall Police Federation has called on Prime Minister Boris Johnson to do the right thing and ensure police officers are vaccinated from Covid-19 from the middle of February.

Andy Berry said he has been calling for the vaccination for police officers since the beginning of January and that police officers deserve the protection as soon as possible to keep themselves, their families and the public safe.

At Prime Minister Questions today, Labour Leader Sir Keir Starmer gave his backing to bringing forward key workers - teachers, police officers - getting the Covid-19 vaccine from mid-February, when the top 4 vulnerable groups have had it.

However Prime Minister Boris Johnson declined to agree with him.

This week, the chief executive of NHS England said teachers, police officers and other frontline workers may be in line for Covid-19 vaccines from 15 February, several weeks earlier than planned.

Sir Simon Stevens said there was a “legitimate discussion” to be had on whether to switch priority to those more likely to transmit coronavirus from those more susceptible to serious infection.

Andy said: “The public expect police officers to undertake a roll where they are very much at risk from infection. Not only putting them in harm’s way but also their families.

“This is aggravated by the fact that we know COVID-19 has been weaponised by many who choose to assault officers. It is only right, therefore, that these frontline officers are protected, protected in the same way that forces provide body armour.

“In addition to the necessary protection of officers we also need to make sure that there are enough officers able to work to protect the public and investigate crime.

“I don’t believe that this is about officers barging to the front and putting themselves first. I compare it to the briefing you get on an aeroplane where we are told that if cabin pressure is lost then the adults must put on the oxygen masks first before attending to their children or other vulnerable people.

“It’s no different and if the police officers aren’t there then there is nobody else.”