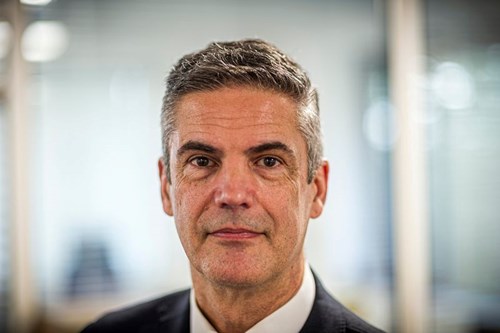 Devon and Cornwall Police needs more help from officers around the country to police the massive influx of visitors predicted this summer - as the Covid-19 crisis keeps holidaying Brits grounded and surging to the South West.

The force area hosts 25% of all UK holidays - which in 2019 accounted for more than 11 million trips – and experiences a huge growth in demand during the summer months. With foreign holidays looking unlikely this July and August, the likelihood is that the two counties and their police officers will experience an even busier summer this year.

And yet Devon and Cornwall Police gets no extra resources from the Government or officers from other forces to assist with this spike.

“There is a huge influx in tourists in the summer and a corresponding increase in crime, but the policing formula – which the Home Office uses to decide on funding to forces and ultimately leads to police officer numbers - doesn’t reflect that.

“Tourists come down and are victims. Criminals come down to prey on holiday makers and residents. People go on holiday and experience domestic abuse; people go missing, the pressure on the roads infrastructure is huge.

“Last year was super busy for our colleagues because of the Covid-19 crisis and we have every reason to believe that will be exaggerated this year.”

Andy said with other pre-planned operations, such as demonstrations, football matches or the G7 Summit, forces can apply for help from elsewhere.

He added: “The Home Office funding formula is crime-based and although the increase in crime will be captured all the non-crime related police activity - which is now greater than crime-related - isn’t. Reassurance patrols, road traffic collisions, missing people, safeguarding, protecting domestic abuse victims.. the list sadly goes on.

“The National Police Chiefs’ Council needs to look at the ability to provide mutual aid to police forces like ourselves where it is an extended issue such as this - not just a unique event. The deployment of resources across force borders needs to be reviewed to see where it addresses the needs of all forces.

“Policing needs people to do it so, while yes we are benefitting from an increase in police officer numbers with the 20,000 uplift, that will only take us back to 2010 numbers and actually the world has moved on and there are considerably more pressures that we didn’t have in the same volume back then.

“Policing is not just crime. 20,000 officers is great but the long-term plan needs to see policing numbers rise over the next decade to catch up with what we deal with on a day-to-day basis.

“We get incredibly busy over the summer and that puts extra pressure on officers in Devon and Cornwall so it is a numbers game. Extra officers will help, and if they cannot be permanent, let’s see other forces come down here and assist us.”

In 2019 the Devon and Cornwall Police and Crime Commissioner Alison Hernandez requested extra cash from the Home Office to reflect the enhanced demand, but she was rejected. And Steve Double, MP for St Austell and Newquay, has spoken out about historical underfunding at the force.