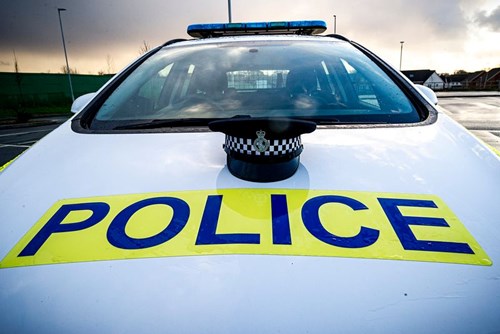 Devon and Cornwall Police Federation has blasted “paltry and pathetic” sentencing of offenders after a woman who deliberately drove at and hit a police officer with her car avoided a jail term.

Tyler Mitchell had been driving anti-socially and doing wheel spins in Bodmin Town Centre in October last year when a Devon and Cornwall Police officer stopped Mitchell’s vehicle to discuss her actions. Although Mitchell initially stopped, she got back into her car and decided to drive her vehicle at the officer who was struck by the car before Mitchell drove off.

The officer attended hospital and had to take weeks off work after sustaining ligament damage to her knee and psychological trauma. She also considered leaving her role after the horrific incident on October 17 last year.

Mitchell was later caught but despite the deliberate actions of driving and striking a police officer with a vehicle, she was handed a community order after pleading guilty to the incident in Fore Street.

The offender, Mitchell, of Northey Road, Bodmin, this month (19 March) pleaded guilty to assaulting on an emergency worker and failing to stop.

As well as a community order, she must abide by a 30-day 7pm to 7am curfew and complete rehabilitation activity and was also told to pay compensation of £250.

Andy Berry, Chair of Devon and Cornwall Police Federation, said the sentence had left him “seething”.

He said: “This is a paltry and unacceptable sentence for this horrifying incident where a vehicle was used as a weapon to assault a police officer. What kind of message does this send out to those who might assault an officer or other emergency worker? And what kind of message does it send out to my members who every day put themselves in harm’s way to keep society safe? A community order with a curfew in the middle of a pandemic is no punishment.

“The proposed welcome increase in maximum sentence for assaults on emergency workers to two years will be worth little without an urgent overhaul of sentencing guidelines to ensure that courts make use of the sentencing powers available.

“In my view, any person who decides to assault a police officer, paramedic or other emergency worker should expect that prison is the natural outcome. It isn’t just an assault on the officer; it’s an assault on society.”

The sergeant, who asked not to be named, added: “This was a shocking and despicable incident. Having a car driven at you is terrifying and something no-one should experience. I was merely doing my job that day and trying to protect the community. More needs to be done to keep my colleagues safe.”

Members of the public were quick to respond and offer assistance and the officer said she remains grateful for their assistance on the night.