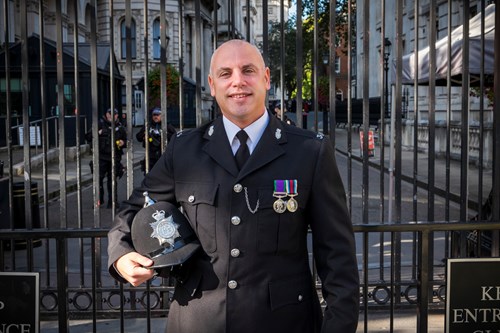 Congratulations to our colleague PC Christopher James on his nomination for the 2020 Police Bravery Awards.

He joined more 90 officers from across England and Wales at the delayed Awards in London on Tuesday (12 October).

PC James attended Downing Street and then a prestigious Awards ceremony at the Central London Hotel.

You can read about his story here.