Devon and Cornwall Police Federation reacts as Chief Constables in England and Wales consider making a “public admission that their forces are institutionally racist”. 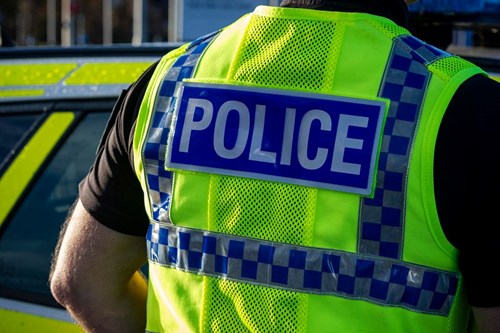 Federation reacts as Chief Constables in England and Wales consider making a “public admission that their forces are institutionally racist”.

According to a report in the Guardian newspaper – which has not been challenged by Chief Officers – members of the National Police Chiefs’ Council began debating whether to put out such a declaration/label on policing at a meeting in Manchester last week.

More discussions will be held in January, and a decision from police chiefs is expected in February.

He said: “If the Chief Constables of England and Wales want to publicly come out and make statements about themselves as individuals and admit their individual failures for all the woes in policing then that is down to them. But I think that they should be well advised not to deflect blame onto the Federated ranks.

“If there is blame then it is theirs as they run the police service  - and the NPCC should not assuage their guilt by trying blame everyone else. I am not a racist and I have never met an officer in Devon & Cornwall Police who I could point at and say that they demonstrated racist attitudes or behaviour. I’m not so naïve to think that there are not sadly some police officers who hold racist views - but I do know for certain that my members would be utterly united in wanting those officers removed from our force.”

Andy added: “The NPCC logic is also askew. Public admissions from Chief Constables that their organisations are racist will not win them the legitimacy they desire. In fact, it will do the opposite. Such a labelling would diminish the legitimacy of the police force and undermine the work of officers because why would any ethnic minority group or person listen to or take instruction from a self-declared racist organisation.

“Such a labelling will also cause my members daily problems whilst trying to maintain the Queen’s peace as sections of society (from all backgrounds) will use it as reason to disobey the law. Not only will it cause my members practical problems but it will also be hugely demoralising. Good people will leave policing and good people will not join. This has the potential to be a massive own goal by those who lead policing.

“So to my Chief Constable and to all the Chief Constables of England and Wales I would ask you not to join in with this. If you believe that further changes need to be made to the policies, mission statements and targets in the organisations you run, then make them. That is your gift. Be judged by your actions and deeds not politically motivated rhetoric.”