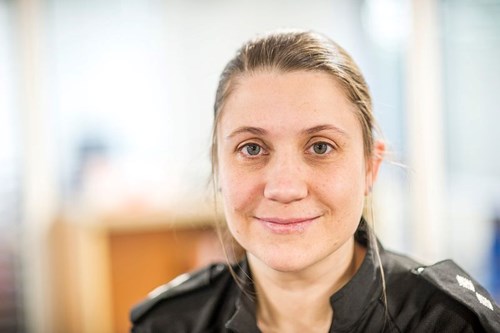 Detectives at Devon and Cornwall Police are suffering from burnout as they face growing workloads that they feel they will “never be able to get on top of”.

This is according to Devon and Cornwall Police Federation’s Detective Lead Suzanne Vranch (pictured) who has been working with the force to improve the role for investigators.

Suzanne said: “The main reason we can’t retain detectives is largely down to the demand. The volume of workloads is way above what it used to be. Detectives can have between 10 and 20 cases actively being investigated and others going through the court process.

“One of the big things that worries officers is that they never feel that they’re getting on top of the workload and they’re doing a disservice to victims because they want to put time, passion and skills into it, but they are being prevented from doing so.

“And because of staff shortages and the additional demand we face, the knock-on effect is officers working extended hours. Overtime becomes the norm, officers can end up working double shifts, they are using their rest days to go to court and that affects their work/life balance and their families.”

Suzanne is concerned about investigators’ wellbeing, as they struggle to manage the demand. Coupled with the trauma that officers face, she warned of “long term psychological impact”.

She added: “Detectives face a lot of trauma. For instance with the volume of death related incidents. The same sergeant can be going to a number of suicides within one set of shifts. They are also dealing with serious sexual abuse and child abuse and that naturally does cause anxiety, stress, depression and post traumatic stress disorder for investigators. The welfare of our officers is a priority.

“They are burnt out. I know detectives within my area who have gone off to be neighbourhood officers and it feels like a burden has been lifted.”

Devon and Cornwall Police is definitely moving in the right direction however, Suzanne said, thanks to work from the Federation, and force investment. The force is now running at a shortage of 15%, which is an improvement on previous years, and is consistently driving to recruit new detectives. 56 officers have just passed their CID exam and 12 more will take it in March. In September the force saw 20 Degree Holder Entry Programme detectives begin the recruitment process and in January another 18 more joined. Police Now will also see 11 more detectives join.

The force has also given out £500 bonus payments to PIP 2 accredited officers, and the force is planning to make the role more accessible by introducing modular virtual learning.

Suzanne added: “Up until a year ago I was a detective - and had been for 10 years. There is a real sense of pride from being involved in investigations and seeing them through the court process. It is extremely rewarding seeing that hard work being paid off and justice being achieved for victims.

“As a detective you see the most serious of crimes such as rape, GBH, attempted murder, and you see the trauma those crimes have had. To be able to be part of that healing process makes you feel immensely proud. You are part of a process that helps pay back the wrongs of society. Those long custodial sentences not only help get justice, but help safeguard the wider public by taking those offenders off the streets.”