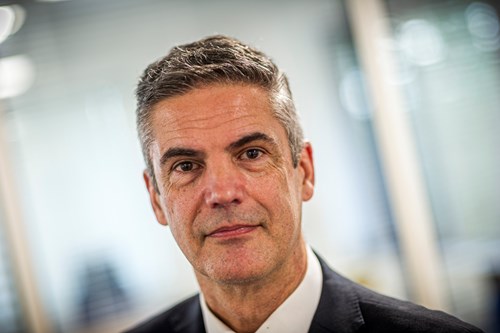 In a blog post, Chairman Andy Berry looks at the challenge the recruiting of 20,000 new police officers will bring.

The influx has left serving Sergeants with greater workloads, demands and more stress at work, a new report from the Police Federation of England and Wales has found.

Andy says: "The latest PFEW Demand, Capacity & Welfare Survey shows that, despite the good news of the coming 20,000 policing officer uplift – which we are more than 6,600 officers into - only 15% of officers in Devon and Cornwall believe that there will be enough Sergeants to support this increase in officer numbers.

I am worried that we are in a perfect storm.

It was once said to me that Sergeants are “where the rubber hits the road”. They are the wheels that make policing move forward, and foolish is any senior manager who thinks differently. As an Inspector I knew how much I relied on my Sergeants. The Sergeant is critical to the efficiency, discipline, culture, education and welfare of the organisation.

Their knowledge needs to be gargantuan and their wit quick. Officers at incidents and scenes of crime will so often need the guidance and reassurance that is provided by a good Sergeant.

I don’t want to bang on about how wrong Theresa May got it when she decided to take the axe to British policing. It wasn’t just her fundamental lack of understanding about policing which was the problem (did someone just shout bail reforms…) but she also failed to understand the mechanics of police organisations and that her diktat to slice budgets would lead to A19 police retirements as a way to reduce officer numbers.

All at once in Devon and Cornwall Police we lost hundreds of officers  – representing thousands of years of experience – and it is a legacy that stays with us even now. May’s decision, dressed up as austerity, creates a problem now that we are trying to grow quickly. Not only is our force recruiting to meet the uplift, but it still has to recruit to backfill those who retire or leave.

While our force does a great job of attracting transferees, it still means that the average length of service of officers on the frontline gets ever shorter. Growing our Sergeant numbers also becomes harder. In our force we now permanently run with a large number of acting Sergeants, and many of our substantive Sergeants lack the years of experience which can make all the difference when everything hits the fan. Two things make a good Sergeant: one is skills and the other is experience.

So we undoubtedly have a problem – we don’t have enough Sergeants and many we do have are inexperienced.

We know from the recent Pay & Morale Survey that many officers (38%) are put off promotion because they don’t perceive the additional pay is sufficient, and 44% don’t believe it’s worth doing the role because of the additional pressures. The first factor is perhaps aggravated for officers with more service, due to the relatively small increase in pay for the extra responsibility; perversely, perhaps it is a greater incentive for officers with less service.

Of course the role of the police has also got busier and busier. The public expects more, crime is more complex and we deal with far more than just crime.

So on one hand the demand on the police is greater than ever, yet there are still fewer police officers than before austerity and we are recruiting at an impressive rate, which is creating the most youthful force for a generation. On top of that we already don’t have enough Sergeants and it seems that not enough people want to take on that rank. Is it any wonder that Sergeants are feeling the pressure?

Of course Sergeants across Devon and Cornwall don’t need a history lesson from me. They know what it’s like and they tell us. Too many are burdened with bureaucracy, often spending whole shifts tied to the computer instead of being out supervising and supporting their staff. We also hear from officers whose supervisor could be 50 miles away, and how that makes them feel lonely and unsupported.

So what’s to be done? First, I have to congratulate my force for its success at recruiting officers – considering the pandemic, they have done a wonderful job. In the long term the extra number could really make a difference, and that’s why I desperately want to see my force grasp this opportunity to build a resilient force.

The force needs to ensure that there are the right number of officers to both answer 999 calls and investigate crime.

For those officers to be successful, they need enough well-trained Sergeants to guide and support them. Once there is that foundation, the rest of the organisational model can rest on top. I liken it to a construction company. You can have all the architects, surveyors, salespeople and executive managers you like, but if you don’t have bricklayers the house won’t get built. And Sergeants are like the foremen – if you don’t have them, the house will get built in the wrong place.