Chairman: There is never any excuse to assault a police officer - it should end up in jail time 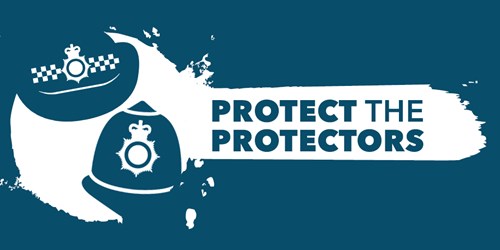 The Government has pledged to increase the maximum

sentence from 12 months to two years for assaults on emergency workers through the Police, Crime, Sentencing and Courts Bill, which is currently at the committee stage in Parliament.

Andy Berry, Chairman of Devon and Cornwall Police Federation, said: “This is hopefully positive news and will give the courts the ability to apply sentences which reflect the gravity and serious nature of these assaults on emergency workers.

“My members have up to now often been disappointed and frustrated by the seeming variance in sentences awarded as well as sometimes the leniency.

“In my view there is never an excuse to assault an emergency worker, never any mitigation and I believe that prison should be the natural consequence of such assaults in all but the most exceptional cases. Only will this approach start to turn the ever-growing rise of assaults on police officers and other emergency workers.”