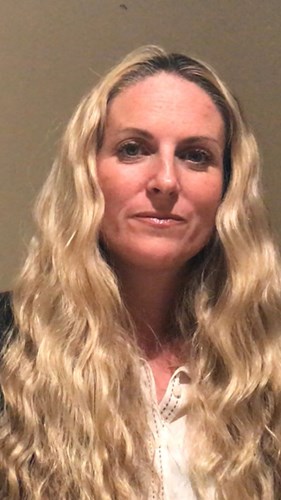 Menopause policy and female-only fitness tests have been notable successes for women in Devon and Cornwall Police, thanks in no small part to the work of the force’s Police Federation.

This is according to Sue Honeywill, the new Vice Chair of Devon and Cornwall Police Federation, who has been reflecting on issues facing female officers in the force in light of International Women’s Day today (8 March).

Sue said: “The police service I joined in 1997 was very different to the organisation it is today. With the new uplift in officers we are seeing a real drive for inclusion and equality, and although we’ve taken great strides in relation to equality and fairness there’s still so much more to do. For example, around flexible working, identifying that there are specific individual needs with uniforms, menopause etc.

“There are many issues that the Federation work to support and improve and we have many links with fantastic support groups within different forces.

“Within Devon and Cornwall, we have great support networks to assist our members, and we as reps are able to the voice the views of our members with senior managers to influence change.

“The Police Federation has worked with key national strategic stakeholders to develop national menopause guidance which has influenced changes in policy in many forces including Devon and Cornwall. Ladies-only fitness tests have also been a real positive within Devon and Cornwall. Assurances have been given by the Executive that these will continue into the future.”

With Federation elections coming up this summer, Sue, is working with colleagues to raise the profile of the federation amongst members and specifically to encourage more women to stand for election to become federation reps.

She said: “I am passionate about encouraging women to get involved with the Federation. I want to be part of paving the way, so members can look to the Federation, and know that it is there to listen and to continue to champion the issues many still face within policing today.

“That’s how every single officer in the country can influence change – and create a police force that is stronger because of it. Elections will be held this summer and in the lead up to these, we will be running a number of seminars to raise awareness of the work undertaken by fed reps and to encourage more female officers especially those younger in service colleagues to consider standing for election. If anyone wants any information about the Federation, please do not hesitate to get in contact me.”

Sue, carries an Equality portfolio within the federation and is the Vice Chair of the National Federation’s Womens Group. She carries out her Federation duties alongside her role as neighbourhood policing sergeant for Bodmin and Wadebridge.

She added: “I love my job, it’s diverse, it’s different, I am able to make a difference, make people’s lives that little bit better when they might be going through difficult times.

“As a police officer I think it’s really important to be reflective of the community we serve as well and have that empathy and understanding.”