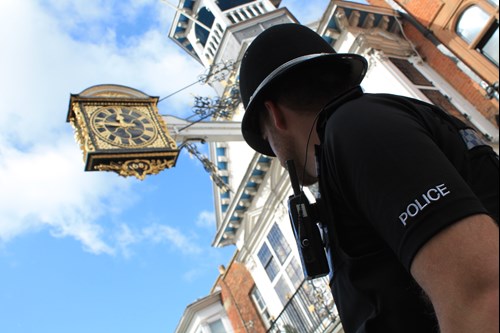 The Police and Firefighters’ (Pensions etc.) (Amendment) (England & Wales) Regulations 20191, which came into force on 1 April 2019, enable certain members of the Police Pension Scheme (PPS) 1987 and the New Police Pension Scheme (NPPS) 2006 to increase their pension benefits in the following ways:
1 http://www.legislation.gov.uk/uksi/2019/378/made
2 https://www.supremecourt.uk/cases/uksc-2016-0090.html

2. Following the 2017 Walker v Innospec Ltd.2 ruling, female members of the PPS 1987 can elect to pay additional pension contributions to take account of their pre-6 April 1988 service for the purpose of increasing survivor pension benefits.

NB. Please note that elections to increase pension benefits under either of these provisions must be made by 1 July 2019.

This Circular provides more detail on the background to these provisions, the time limits involved and where members should go for further information.

Ordinary maternity support leave – this provides for two weeks’ leave around the time of the birth. It is paid for the first week and is only unpaid for the second week if the officer does not qualify for statutory paternity pay.

Additional maternity support leave – this provides for between two and 26 weeks’ leave and can be taken at any point between 20 weeks after the child’s birth and the end of the 52nd week after the child’s birth. Officers who have taken additional maternity support leave may have qualified for pay for all or part of that leave, depending upon their individual circumstances.

Previously PPS 1987 and NPPS 2006 members were only able to buy-back periods of unpaid maternity leave and unpaid parental leave for pension purposes. However, on 21 May 2018 regulations were laid that extended the right to buy-back to the other types of unpaid family leave, including unpaid maternity support leave, to achieve parity with the PPS 2015. These provisions were backdated to 1 September 2014 and members were provided with an opportunity to buy-back the unpaid family leave which they had taken between 1 September 2014 and 21 May 2018 (JBB Circular 16/2018 refers). Doing so would increase their length of pensionable service.

Following PFEW’s intervention on this matter, the Police Pensions Regulations 1987 and 2006 have now been further amended to allow for the buy-back of unpaid maternity support leave from 3 April 2011.

However, the regulations also provide that, where the police pension authority4 is satisfied that it was not reasonably practicable for a member to give written notice on or before 1 July 2019 (e.g. because s/he is on a career break), then notice to buy-back must be given on or before 1 April 2020.
The police pension authority is the Chief Constable, the Commissioner of Police of the Metropolis or, in relation to the City of London, the Common Council.
https://eur-lex.europa.eu/legal-content/EN/TXT/?uri=CELEX%3A61988CJ0262#SM

1.4 Next Steps for Members
Due to the tight timescales involved, members who are interested in buying back periods of unpaid maternity support leave taken between 3 April 2011 and 1 April 2019 should now make a written election to the police pension authority

5. Members will be given notice of the amount payable by their force’s pension administrator. At that stage if members decide not to proceed they simply do not make a payment and the election to buy-back becomes ineffective.
Members can choose to buy-back either by paying a lump sum or by making monthly instalments. Pension administrators will be able to provide more information on the process.

Barber v Guardian Royal Exchange (1990)
Following the European Court of Justice’s 1990 decision in the case of Barber v Guardian Royal Exchange5 survivor pensions for widowers (male survivors of heterosexual marriages) of PPS 1987 female members were introduced. However, only service from 17 May 1990, the date of the Barber decision, was automatically counted towards widowers’ pensions.

Widowers’ Guaranteed Minimum Pensions
Prior to 6 April 1997 the PPS 1987 was “contracted out” of the State Earnings Related Pension Scheme (SERPS), which meant that members paid lower national insurance contributions. In return the PPS 1987 had to guarantee that its benefits were as at least equivalent to what a member would have received under SERPS and these equivalent benefits were known as Guaranteed Minimum Pensions (GMPs). Widowers’ GMPs were provided for from 6 April 1988 and so female members of the PPS 1987 received a GMP for widowers’ benefits from 6 April 1988 to 17 May 1990.

Full widowers’ pensions only applied for service from 17 May 1990, in accordance with the Barber judgment. To try and level the playing field, female members of the PPS 1987 have had various opportunities to buy-back their pre-17 May 1990 service by paying additional pension contributions so that it could be counted towards their survivors’ pensions (some of which are detailed below).

However, this provision only took into account the GMPs required by law for service between 6 April 1988 and 5 December 2005. For service from 6 April 1988 to count towards a full widower’s or civil partner’s pension a female member would have to have bought-back that period of service. Prior to the CPA 2004 coming into force, any female PPS 1987 member in a same sex relationship would have had no reason to buy-back this service, as only opposite sex spouses could qualify for a survivor pension. In order to equalise pension rights for civil partners, female officers were given an opportunity in 2006 to buy-back service from 6 April 1988 to 17 May 1990.

The Marriage (Same Sex Couples) Act 2013
This Act provided for same sex couples to be able to marry and have the same rights as marriages of opposite sex couples. In order to implement these rights amendments were made to the Police Pensions Regulations 1987 (which govern the PPS 1987) in 2014.
As part of these amendments female PPS 1987 members were given another opportunity to buy-back pensionable service from 6 April 1988 to 17 May 1990 for the purpose of increasing survivor benefits.
The NPPS 2006 (and subsequently the Police Pension Scheme (PPS) 2015) was not affected by this Act as all of a member’s service in those pension schemes already counts towards their survivor’s benefits.

Walker v Innospec Ltd (2017)
In the 2017 case of Walker v Innospec Ltd.2, the Supreme Court ruled that Mr Walker’s male spouse was entitled to a pension based on all the years of his pensionable service with his employer Innospec Ltd. (rather than it being limited to service from 5 December 2005, the date on which the Civil Partnership Act 2004 came into force), provided that at the time of Mr Walker’s death he and his husband remained married.

2.2 Impact of the Walker Judgment
Following the Walker judgment, the Home Office had to ensure that the Police Pensions Regulations 1987 complied with the Supreme Court’s ruling.

The Home Office has now amended the Police Pensions Regulations 1987 to reflect the Walker judgment. This means that:

The survivor pension of a male officer’s wife will continue to be based on all of the member’s pensionable service (as has always been the case).

The survivor pension of a male officer’s same sex spouse or civil partner will be based on all of the member’s pensionable service (as a result of the Walker ruling).

The survivor pension of a female officer’s husband will continue to be limited to the member’s pensionable service from 17 May 1990 (as a result of the Barber ruling), subject to any elections made to buy-back pre-17 May 1990 service.

The survivor pension of a female officer’s same sex spouse or civil partner will continue to be limited to the member’s pensionable service from 17 May 1990 (as a result of the Barber ruling), subject to any elections made to buy-back pre-17 May

1990 pensionable service. However, to implement the rights for same sex spouses created by the Walker judgment female members of the PPS 1987 have been given another opportunity to buy-back service prior to 6 April 1988 - see section 2.3 below.

2.3 Opportunity to Increase Survivor Benefits for Female PPS 1987 Members
As a result of amending the regulations following the Walker ruling, female members of the PPS 1987 are now being given the opportunity to increase their survivor pensions to take account of service prior to 6 April 1988.

This opportunity applies to all female members of the PPS 1987 who have pensionable service pre-dating 6 April 1988. It is not limited to those in a same sex marriage or civil partnership and is also open to female members who are married to men.
These members now have until 1 July 2019 to make an election to buy back this service.

2.4 Next Steps for Members
Due to the tight deadlines for electing to increase survivor benefits, female members who are interested in increasing their survivor benefits for their spouse or civil partner for the period prior to 6 April 1988 should now make a written election to the police pensions authority.

Members will be given notice of the amount payable from their force’s pension administrator. At that stage if they decide not to proceed, they simply do not make a payment and the election to buy-back becomes ineffective.
Members can choose to pay for the increased benefit either through a lump sum payment or by making monthly instalments. Pension administrators will be able to provide more information.