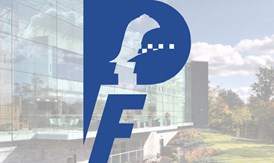 Believe in Blue is a campaign to celebrate British policing and highlight why it’s the best in the world.

The aim of the campaign is to showcase the true value police officers bring to society and increase awareness of what the police do – the vast variety and scale.  Believe in Blue is a rallying call, asking people to stand up and show that they are proud of their brilliant and brave police officers.

The campaign centres on the Believe in Blue website, which provides a national portal for positive policing stories.

Detectives in Crisis’ aims to raise awareness of the current state of detective policing in England and Wales - we are asking senior officers and PCCs to look at this role within their force area to better support officers and to try to redress the balance.

Did You Know? is a national campaign to highlight the information police officers need to be aware of.

Not all officers are aware of their basic entitlements, so our campaign will spread awareness of officer rights and the support available. It will focus on a key theme each month, based on questions that we receive from our members, covering subjects including annual leave entitlements, working hours and working away from home.

The aim is to highlight top issues and to make sure serving officers know exactly what they can claim as part of their role.

We want national standardisation of appearance standards, rather than local interpretation. We are calling for a modern, consistent national approach to tattoos to be adopted across the police service. PFEW believes that if the police service truly wants to embrace diversity and widen the talent pool it recruits from, then forces need to be more open-minded, so communities have a police service that reflects today’s society.

We have undertaken two pieces of research – one with police officers and one with members of the public – to find out how they feel about officers with tattoos. The results are very informative and positive, the key headline being that 81% of the public who were asked said that dealing with an officer with a tattoo had no effect on their confidence in the officer. There is also a summary of the key findings from each.

Following feedback from members on the inconsistent approach to tattoos across forces, we raised the issue at the College of Policing (CoP) Professional Committee. The wider issue of variable dress codes was then taken up by chief constable Simon Cole and taken forward in partnership with police staff associations and UNISON.

New national guidance on appearance standards for police officers has been put in place and accepted as best practice by the CoP. The purpose of the new document is to provide officers and staff with clear direction on their appearance, so that they present a professional image while also being allowed some self-expression

Protect The Protectors is a multi-faceted campaign seeking to safeguard the physical and mental wellbeing of police officers. Our aims are tougher sentences for those who assault police officers and other emergency service workers, in addition to ensuring officers have the right protective tools and equipment and, in the case of police drivers, are not unfairly prosecuted when responding or pursuing in a police vehicle. British Transport Police Federation and the Prison Officers' Association (POA) have signed up to partner PFEW in the campaign.

The campaign includes a series of videos and written case studies with officers, giving first-hand accounts of being assaulted or subjected to prosecution and/or disciplinary proceedings following a police response drive.

Update: On 13 November 2018, a new law came into effect doubling the maximum sentence for assaults to police officers and other emergency service workers from six to 12 months - watch our timeline video of activity below, from MP Holly Lynch's first-hand experience of police assaults on 5 August 2016 during a ride along with PC Craig Gallant from West Yorkshire Police.

Our Reps@Work campaign aims to:

Highlight the skills and experience of reps throughout the country

Encourage more officers to get involved and stand at election times.