Derbyshire Police Federation has welcomed calls by the county’s Police and Crime Commissioner (PCC) to ensure a non-degree entrance route is kept open for new recruits.

PCC Angelique Foster said police forces should be able to recruit from the widest pool of talent to serve their communities and insisted this should include those who do not hold a degree or do not want to study for one.

She has now written to the Home Office amid reports it plans to close the Initial Police Learning and Development Programme (IPLDP) recruitment route from next April following requests from the College of Policing.

The Force recently opened-up recruitment for non-degree holders to accelerate its recruitment efforts as part of the Government’s uplift programme.

Ms Foster said: “The response to the recent recruitment round using this traditional entry route was very successful, with a high number of applicants.

“This illustrates that policing is a career of choice for non-degree holders, and importantly it enables the Force to select candidates with a wider variety of experiences and skills.”

In her letter to the policing minister, the PCC said: “The Chief Constable and I strongly believe that this route serves to provide an entry-point for members of the public who may not hold or want to hold a degree but would nevertheless possess the right skills and aptitude to serve their communities.

“I am disappointed to see that steps have been taken by the Government to close the use of this entry route from April 2023 and I would ask that you reconsider this stance. I do not believe the use of IPLDP alongside other degree-linked routes impairs our ability to deliver a professionalised policing service, in fact it arguably ensures policing better reflects the communities it serves.

“During 2022/23 Derbyshire intends to make use of IPLDP as well as the other entry routes to give as many candidates as possible the opportunity to become a police officer and help keep their communities safe.” 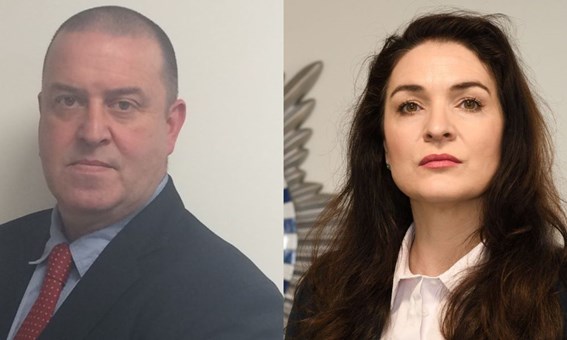 Tony said: “Police forces should be representative of the communities they serve so recruits should be drawn from as wide a pool as possible.

“Some of the greatest skills you need as a police officer are not necessarily academic.

“The attributes required in a police officer are honesty, bravery, common sense and an ability to communicate with people from all walks of life, along with an inquisitive mind.  While achieving a degree is a very good thing and is to be applauded and encouraged – lots of my colleagues hold impressive degree qualifications - I cannot see how it would be anything other than unsustainable and harmful to policing and communities to prevent anyone with those attributes from becoming a police officer on the grounds that they haven’t studied to degree level.

“I am certainly not convinced that those vital life skills can be taught through a university course. For this reason, among others, I have always backed the Police Federation position that  the requirement for recruits to have a degree is ill-conceived, unnecessary and frankly likely to damage policing.

“You only have to look at the current system for Police Constable Degree Apprenticeship recruitment (PCDA) to see the huge amount of pressure put on young officers who are trying to balance their studies with learning on the job.

“The Government, the College of Policing and police chiefs need to urgently rethink this change to legislation and step back from it before it’s too late.”