Brave officers to be honoured at national awards ceremony

A police officer who was slashed twice in the face as he tackled a man under the influence of drugs will be recognised at the Police Bravery Awards 2022 in London next week, along with two colleagues who came to his aid.

Experienced officer PC Steve Reid, who is also a Derbyshire Police Federation rep, suffered horrific injuries when he was attacked with a knife by a suspect after he and PC Weronika Korbiel were called to a robbery.

As PC Reid attempted to arrest the suspect, he was slashed by the man with a knife and came close to close to being “blinded or killed” as the blade narrowly missed his eyes and a major artery.

His newly qualified colleague PC Korbiel then took charge of the situation before back-up arrived, and PC Stephen Fowkes used his Taser to eventually subdue and arrest the individual.

In putting forward PC Reid for the award, Sergeant Jonathan Dillon said: “While reviewing the body-worn video, I was immensely proud of Steve for moving forward without hesitation into the home of a member of the public after this violent offender forced his way in. 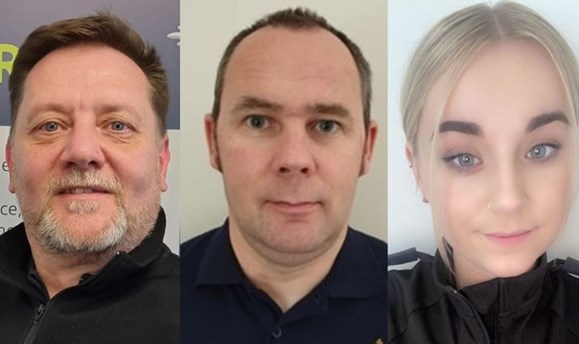 With PC Reid seriously injured, PC Korbiel ushered people back into their homes while keeping Jefford in sight.

When reinforcements arrived, PC Fowkes eventually used his Taser to reduce the risk of more officers being injured.

After returning to work when he had recovered from his injuries, PC Reid became a Derbyshire Police Federation workplace representative so that he could offer support to colleagues and in December he took on the role of the branch’s health and safety lead.

The Police Bravery Awards are organised by the Police Federation of England and Wales and will take place in London on 14 July. The annual awards honour some of the finest officers in England and Wales who have performed incredible acts of bravery, while on or off duty.

Winners of the eight regional awards will go forward for the overall national award.