Today I had the privilege of attending the National Police Memorial Day event in Cardiff. There have been over 4,000 officers killed in the line of duty over the years. The event honours those officers who have made this sacrifice and gives the police service an opportunity to not only remember, but to demonstrate to the families of those officers that their sacrifice is not forgotten. I am not usually emotional, but to see the petals of remembrance fall onto the auditorium was something to behold.

Pictures from the event can be found all over social media by better photographers than me.

Attending from Wiltshire along with me were Lian Dunwell and Gary Treherne. There was an honour guard of officers from around the country as well as colleagues from overseas. Lian took part representing Wiltshire in this honour guard and looked very much the part. There was a fly past from NPAS and the male voice choir was stunning (We were in Wales of course, and they do like to sing).

Although I’m always proud to be a police officer, on this day I felt it more than ever. 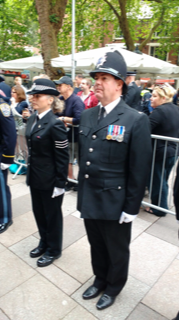 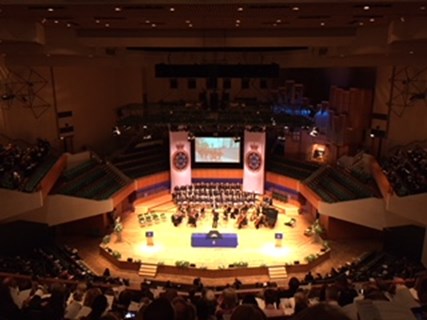