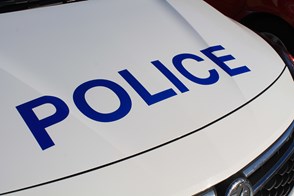 Cuts to the number of dedicated traffic officers has been linked to a failure to reduce road deaths in the past decade, a new investigation has found.

Phil Matthews, Chair of Wiltshire Police Federation, said: “In Wiltshire, we have a very active Roads Policing Unit and Collision investigation team. They are very highly trained and work very hard to proactively patrol our roads where they can… however there are not enough of them and there has been a decline in the numbers.

“This decline is clearly a direct result of Government cuts.

“Whilst here in Wiltshire the force is doing all they can to recruit new officers it simply isn’t enough in comparison to 2010 when the Government slashed police numbers. Since March last year Wiltshire Police has 71 more officers which is wonderful for a force this size. Another intake of new degree officers started only last week. But this number is still over 100 officers down on the same time in 2010.

“We should also consider the motivation to specialise in things like roads policing. In amongst the cuts in policing any special priority payments were removed and forces have to work hard to encourage officers to specialise.

“In any private industry you are paid for your skills which acts as an encouragement to specialise, in policing we rely on the good will of the officers to specialise with no effect on their pay. I am aware that our force are recruiting three new Road Safety officers within our community policing teams which is a testament to how seriously Wiltshire Police takes road safety.

“The real crux of this matter is that Wiltshire, as well as other forces, are still trying to recover from the damage the Government has done with its brutal cuts in policing. The PCC is asking for another increase in council tax precept to assist in funding the forces priorities. The request for the increased precept is so very sadly necessary to allow the force to deliver what it promises as Wiltshire remains the lowest funded force in the country.”