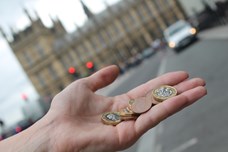 Phil Matthews, Chair of Wiltshire Police Federation, said: “This news just goes to further demonstrate that the Government hold nothing but contempt for police. As we have previously mentioned, police officers are some 20% worse off financially.

“Richard Lloyd, IPSA's Chair, said: ‘It is right that MPs are paid fairly for the responsibility and the unseen work they do helping their constituents, which dramatically increased last year’. Last year it was decided police would not receive any pay rise at all. It is clear in the recent pay and morale survey that the Government have no respect and not a single care for our officers, the officers that left their families during this pandemic to keep the public safe and investigate crime.

“This year police are told by the Home Office 2% is the limit… while MP’s receive 2.7%. The MPs that can claim expenses for just going to work. Police officers don’t get that. I am incensed that they feel their contribution is so much more valuable than police.

“Today does bring the news that PFEW are able to confirm that PFEW has filed an application for Judicial Review alongside Chief Police Officers’ Staff Association (CPOSA) and the Police Superintendents’ Association (PSA) to support our fight for fairness over police pay.

“This I welcome with enthusiasm and hope that a sensible decision is reached. It certainly is my feeling that Policing needs to be taken seriously, the officers need to be shown respect from the government and a better way of assessing police officers pay needs to be established.

“The Government have demonstrated that they don’t play fair. I am really pleased to see PFEW fighting this cause with the other associations.”